Researchers working at the University of Missouri (MU) claim to have produced a prototype of a nuclear-powered, water-based battery that is said to be both longer-lasting and more efficient than current battery technologies and may eventually be used as a dependable power supply in vehicles, spacecraft, and other applications where longevity, reliability, and efficiency are paramount.

“Betavoltaics, a battery technology that generates power from radiation, has been studied as an energy source since the 1950s,” said associate professor Jae W. Kwon, of the College of Engineering at MU. “Controlled nuclear technologies are not inherently dangerous. We already have many commercial uses of nuclear technologies in our lives including fire detectors in bedrooms and emergency exit signs in buildings.” 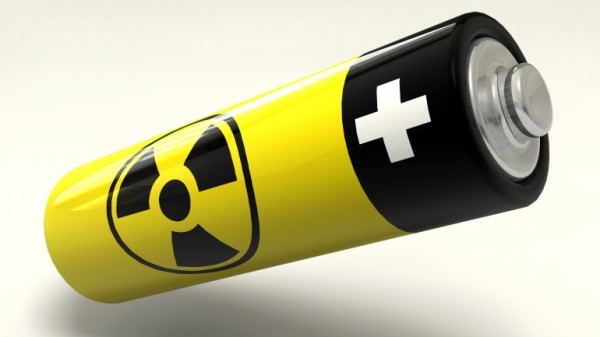 Utilizing the radioactive isotope strontium-90 to enhance the electrochemical energy produced in a water-based solution, the researchers have incorporated a nanostructured titanium dioxide electrode acting as a catalyst for water decomposition. That is, the catalyst assists the breakdown of water in conjunction with the applied radiation into assorted oxygen compounds.

As a result, when high-energy beta radiation passes through the platinum and the nanoporous titanium dioxide, electron-hole pairs are produced within the titanium dioxide, creating an electron flow and a resultant electric current.

“Water acts as a buffer and surface plasmons created in the device turned out to be very useful in increasing its efficiency,” Kwon said. “The ionic solution is not easily frozen at very low temperatures and could work in a wide variety of applications including car batteries and, if packaged properly, perhaps spacecraft.”