After unveiling the world’s first flexible OLED TV at CES earlier this year, LG has gone a step further with the unveiling of two new 18-inch OLED panels: the first is a transparent display, while the second can be rolled up. Although both fall short of the 77-inch flexible TV on show at CES, the company says the new panels prove that it has the technology to bring rollable TVs with screens in excess of 50 inches to market in the future. 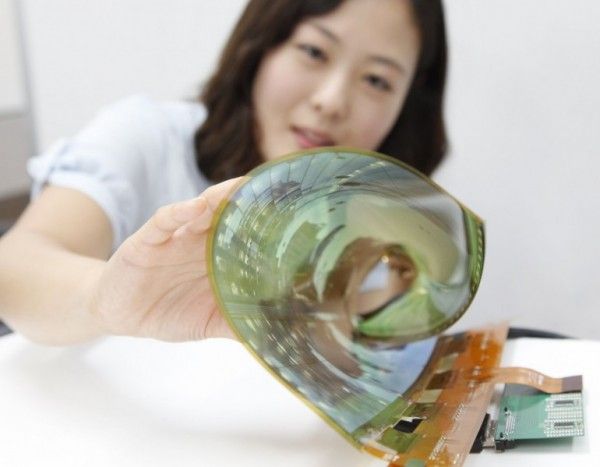 Unlike the aforementioned 77-inch flexible TV that has a fairly limited range of changeable curvature, LG Display’s latest flexible OLED panel boasts a curvature radius of 30R. This means the 18-inch panel can be rolled up into a cylinder with a radius of 3 cm (1.18 in) without the function of the 1,200 x 810 pixel display being affected.

The company says this impressive flexibility was achieved by using a “high molecular substance-based polyimide film” as the backplane rather than conventional plastic. This polyimide film also allowed the thickness of the panel to be reduced, further improving the panel’s flexibility.