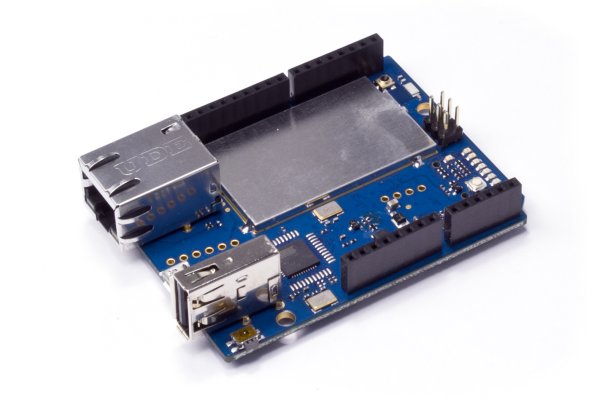 There is no circuit for this example, though your Arduino must be connected to your computer via USB.

This example shows the simplest thing you can do with an Arduino to see physical output: it blinks an LED....