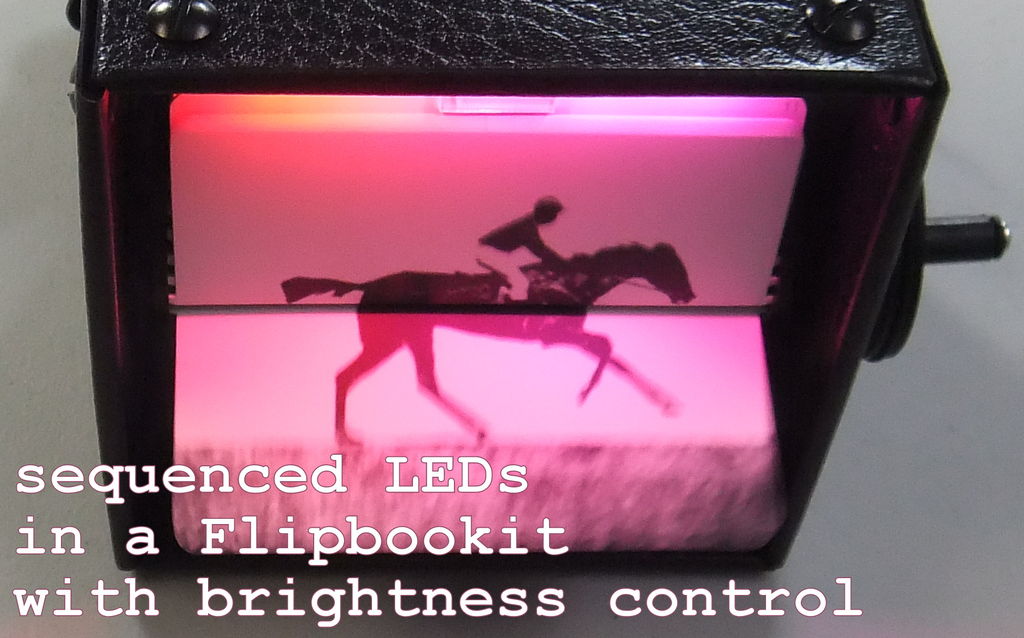 Materials:
– addressable RGB LED strip : I used a new variety of three conductor WS2811 strips.
– an Arduino : I used a Arduino Leonardo. Any 5vdc Arduino should be adequate.
– 4 AA batteries and a battery holder are a nice touch to make it more portable.
– prototyping board or prototyping Arduino Shield
– potentiometer for brightness control
– maybe some connectors for the power and motor could come in handie
– headers to secure hardware to Arduino
– misc wire for LED strip and potentiometer
– 3M Double Sided Foam Tape for sticking Arduino and LEDs in place
– Flipbookit MOTO-FLIP from flipbookit.net : http://flipbookit.bigcartel.com/product/flipbookit-moto <– this thing is super easy to build
–

2. Load the Arduino library and example code from here: https://github.com/CRASHSpace/LEDs/tree/master/HSB_to_RGB/examples/led_rainbow_brightness

3. Hook up prototype board to the Arduino. Test the LEDs and brightness and motor 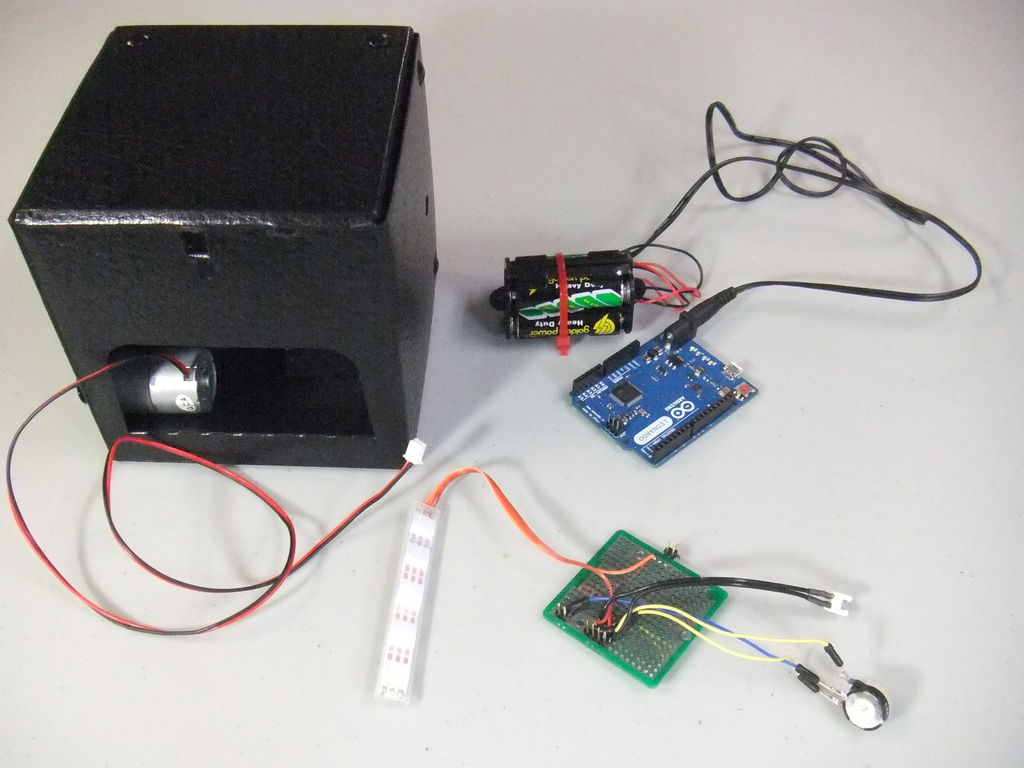 4. Cut holes in the rear of your Flipbookit to accommodate the power barrel jack and the usb port.

For more detail: LED Flipbookit: full color and brightness control with an Arduino