Skip to content
Before we begin, just note, that while this all works, I believe the output is scaled wrong. The noise floor is very high. But from everything I have found it looks like this is how it is.
We have covered, accelerometers, GPSs, compasses… But no gyros. Why? Not sure, but I figured today I would put an end to that, so I grabbed a L3G4200D 3-axis gyro from sparkfun. 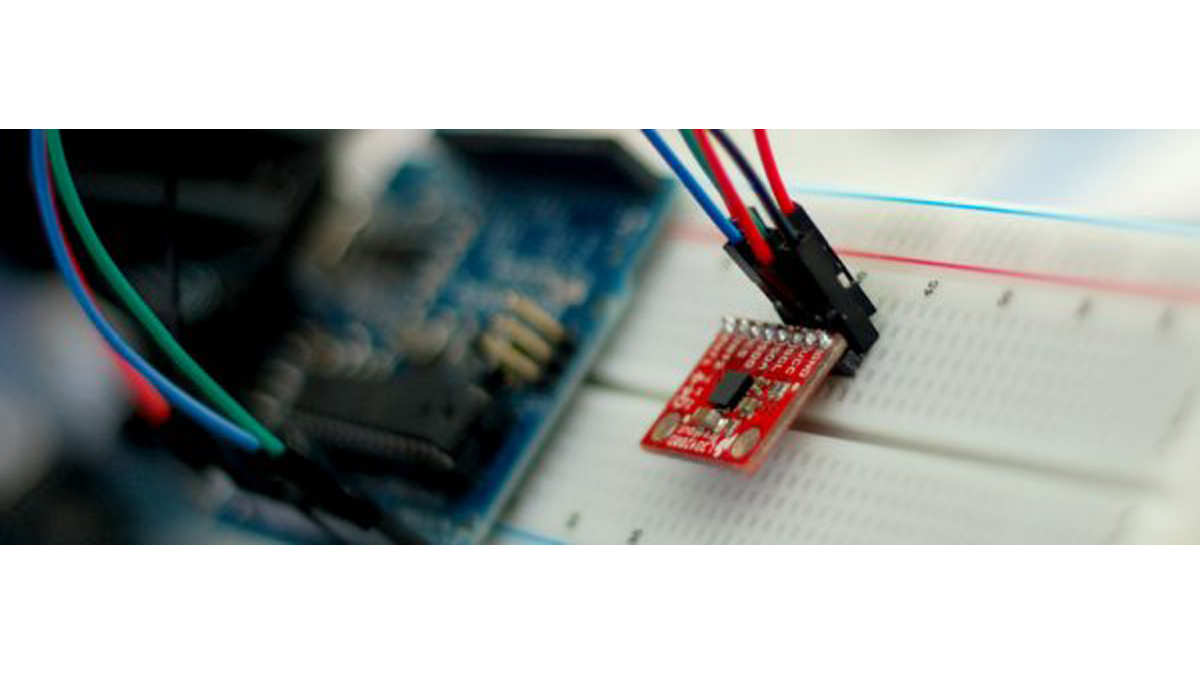 The L3G4200D is a 3-axis angular rate sensor, aka gyro/gyroscope with a user selectable 250, 500 or 2000º/Sec scale. I was about to write about what a gyro is, but Sparkfun has done a really great job of that, so to quote them:

Gyroscopes measure angular velocity, how fast something is spinning about an axis. If you’re trying to monitor the orientation of an object in motion, an accelerometer may not give you enough information to know exactly how it’s oriented. Unlike accelerometers gyros are not affected by gravity, so they make a great complement to each other. You’ll usually see angular velocity represented in units of rotations per minute (RPM), or degrees per second (°/s). The three axes of rotation are either referenced as x, y, and z, or roll, pitch, and yaw.

The L3G4200D has a lot of pins on it because it supports both SPI and I2C but also has some other features as well such as programmable interrupts. We are going to go as simple with this as possible. 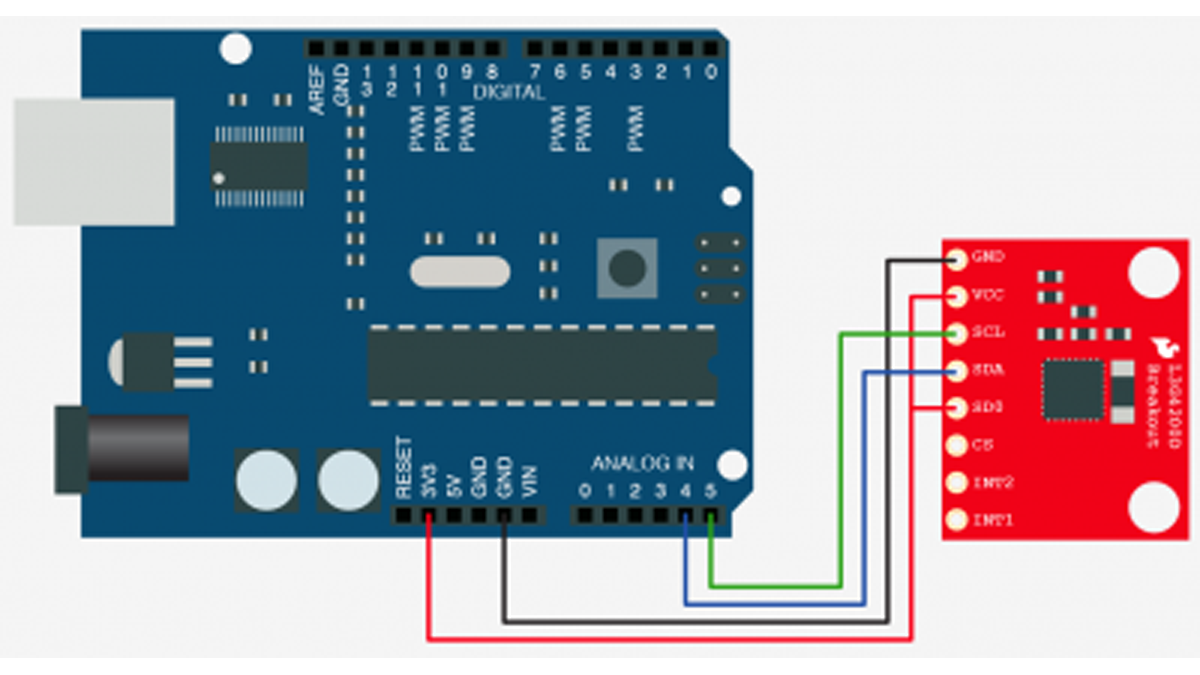 The L3G4200D supports both SPI and I2C, but we are just going to talk I2C here. I2C is a 2-wire serial connection, so you just need to connect the SDA (Data) and SCL (Clock) lines to your Arduino for communication. On your Arduino (everything but the mega) SDA is on analog pin 4, and SCL is on analog pin 5. On an arduino mega, SDA is digital 20, and SCL is digital 21.