How to make fist pumping with LED animation using Arduino

It’s to make a fist pumping LED controller. What is it? Have you noticed yourself fist pumping to the music at a party or a club? That’s exactly for that. You would wear a band with a accelerometer/gyro mounted. As you move your hand around the air, the movement will trigger a light board and create different LED patterns based on the position of your hand. This will be a fun project. 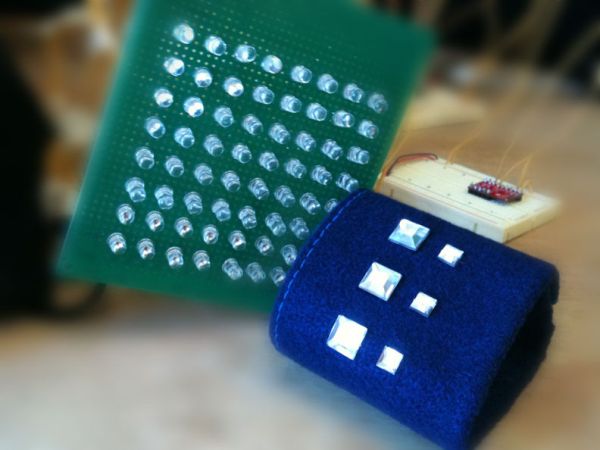 1. You can prepare your animation patterns with Adobe Illustrator to create an animated GIF (to make sure that how works) (you can use the one we’ve prepared below)
2. Write Arduino code using the TLC4590 Libraries to create LED patterns based on the pixel animation
(You can download the Arduino code for the animation.) 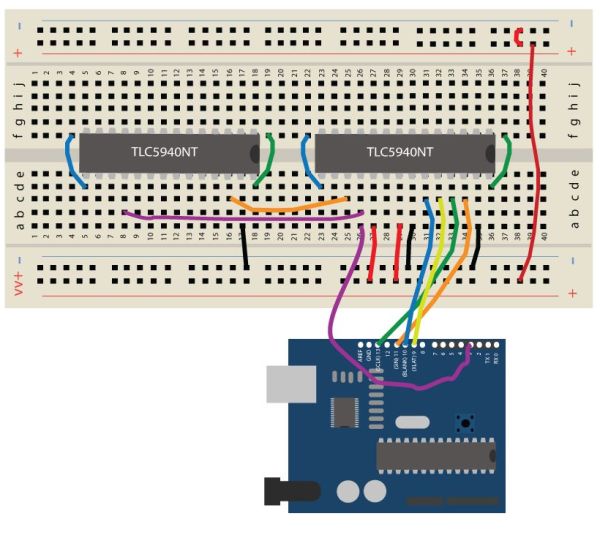 1. Use the TLC Arduino tutorial (http://www.arduino.cc/playground/Learning/TLC5940) to connect the circuit. This circuit uses the TLC 5940 LED driver, which allows you to fade LED’s as well as switching them on and off.

For more detail: How to make fist pumping with LED animation using Arduino

Written by Rui Santos - Download free eBook with Arduino projects here Before you read this post, I recommend reading these...