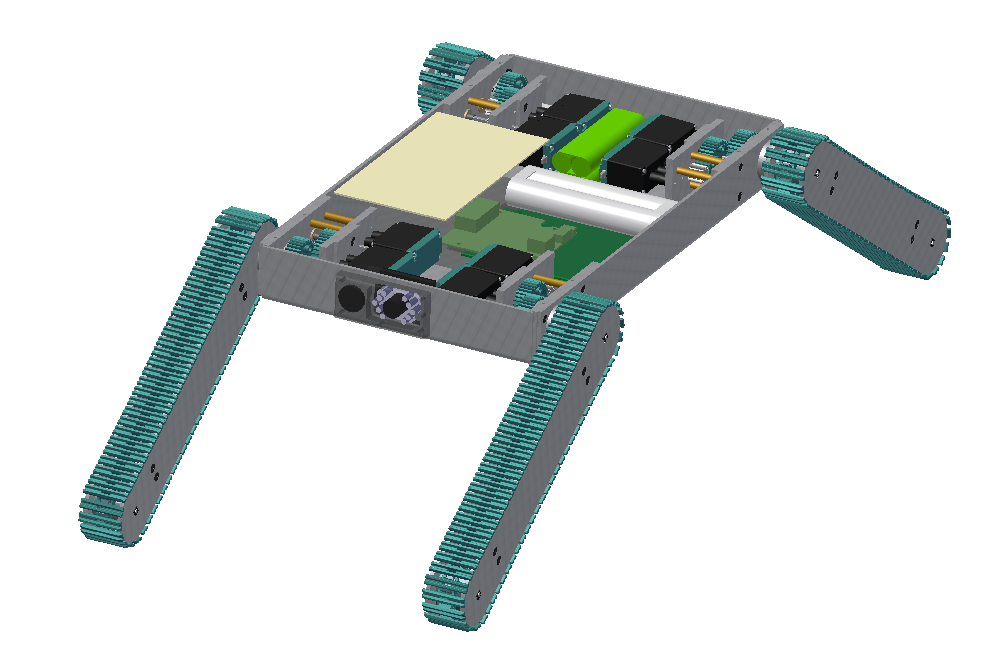 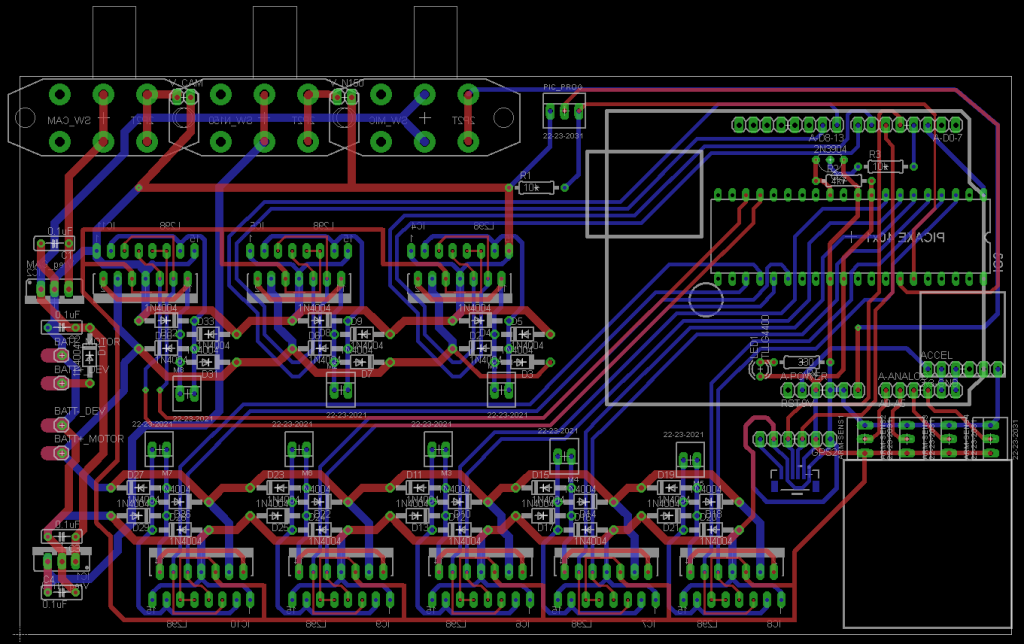 Shown above is the motor controller board connected to an Arduino microcontroller. The board has an accelerometer (red square in first image), a connector for a GPS (small bottom left connector), eight individually controllable motor drivers and power regulation circuitry. Most of the motor drivers are driven by an additional output expanding IC.

The motor drivers and voltage regulators are collinear so that two heat sinks may be attached. Also shown is an ethernet cable to connect the arduino to the ethernet shield.