High speed photography is generally carried out in a dark room with dedicated equipment (controlled remote flash for example)…
The instructable proposed here enables to make high speed photography outside (and enjoy the sun!), in less than 2 hours with some generic DIY basic tools. 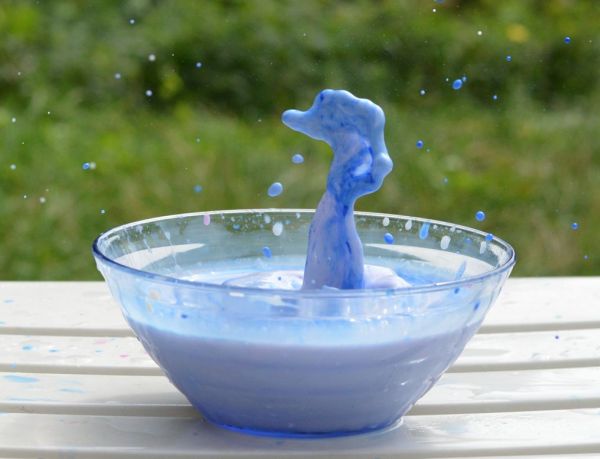 The principle is the following :

By ensuring the same dropping conditions from one photo to another, we can tune the delay to capture the best moment.

For this experiment, we need 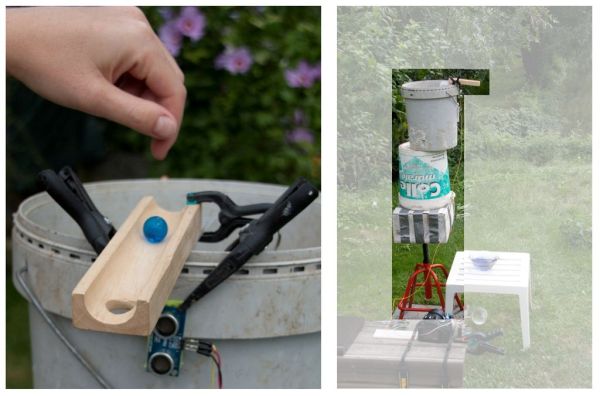 The idea is to have a gutter-like path from which the marble is dropped always in the same way (for example, from the same point with null velocity).
In order to reach a sufficient height from which to drop the marble, I piled up stuff and mounted the path on it. Be sure it is sufficiently stable to remain static from one drop to another.

Just under the path, the marble should be detected to trigger the camera adequately. The detection sensor should be mounted accordingly with its range to detect the marble. I used crocodile clips to fasten mine.

Step 4: Dispose and set the camera

The camera should be disposed so that the splash is perceived. To avoid blur, use the highest shutter speed allowed by the camera (a sunny afternoon is far better than the night to have a correct exposure) and a manual focusing (else the autofocus may lead to unexpected delay and may focus on bad areas). For information on camera settings, click here.
Focus manually on the bowl.

The Arduino offers the advantage that a lot of people are using it so it is usually quite easy to...