Can I tell you a secret? I don’t like handshakes. I really don’t. Handshakes just make me feel dirty. It’s too impersonal. It’s a gesture with no soul and reeks of a corporate entity. Why must we limit ourselves to this one boring interaction? Of all the split second human gestures we could do, it’s the lamest. Even the handshake has so many different variations, yet we choose the same boring one every time. Why not a fist bump, shoulder tap, giving skin, the hungry chicken, or my personal favorite, the high five.

The high five. What a wonderful thing. You can give a random high five to a stranger and, more than likely, it will make them feel better. Some of my best high fives were with strangers. My most memorable one happened years ago at 2AM on a bike trail in Minneapolis. Some guy biking the other way stuck his hand out and I reciprocated. Our hands made contact underneath a bridge and the sound reverberation created the greatest sounding high five I have ever heard. Do you remember any handshakes like that? I’m going to doubt it.

And so, I bring you the high five camera. Another ridiculous contraption that will hopefully extend an appreciation of the mighty high five. The quickest and most universal gesture for telling someone, “you are awesome”.

So, if we ever meet, keep it up high because I will be coming in for the highest of fives. 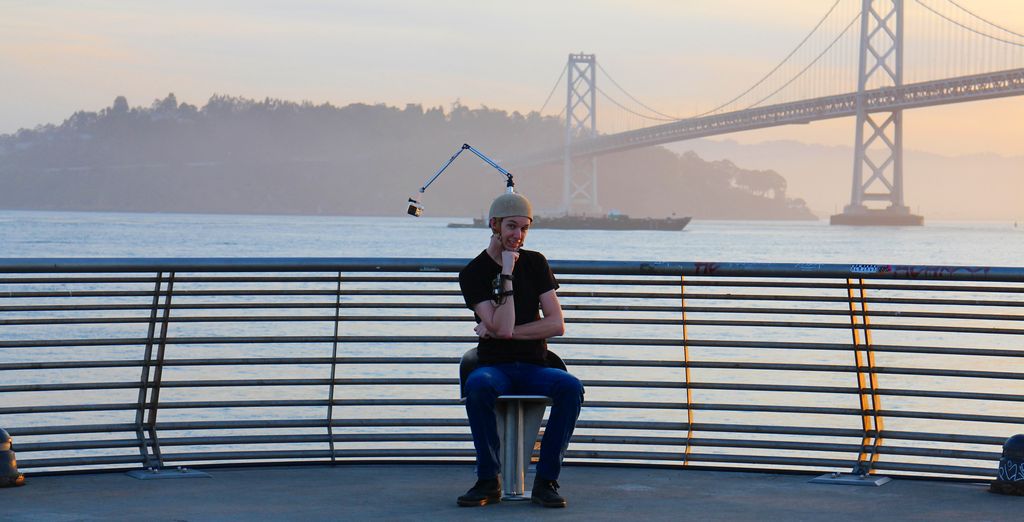 I modified a helmet to mount a GoPro behind me. It points towards the person I am high fiving. The GoPro has remote capabilities over WiFi so you can control it with your phone or a WiFi remote. Using an Arduino Yun, which is a WiFi enabled Arduino board, I can control the GoPro. I’m using an accelerometer to determine when a high five is about to occur and tells the GoPro to start taking footage. After the high five has commenced, it tells the GoPro to stop capturing footage.

Overkill? Of course. However, it does reduce the video editing time a bunch. It also gave me an opportunity to play around the with Arduino Yun and see what it can do.

Here is what I used to make it.

Helmet – I found this helmet at a thrift store. I think it is for riding horses.

Swing Arm Lamp – Also found a thrift store. This one is nice because it has tightening bolts on the joints to make it more rigid.

3D printed GoPro mount – For modifying the lamp to attach a GoPro camera to the end of it.

GoPro Hero3+ – I chose a GoPro because it has a wifi communication with remotes and a wide angle lense. It’s also small and light.

Arduino Yun – For communicating with the GoPro.

Accelerometer – I used an ADXL335 for sensing the motion of my hand.

1.5″ diameter aluminum rod – I found a short piece in the waste pile.

1/8″ plywood scrap – For laser cutting. Found this in a different waste pile.

1/2″ webbing and snap buckles – For attaching the electronics to my arm.

FR-1 Copper PCB Board – For milling out the circuit board shield.

5V battery pack with USB – For powering the Arduino.

In addition to the Arduino Yun, the circuitry is relatively simple. It’s an accelerometer, a switch, and an LED. The accelerometer is what senses the arm movement. The switch is for turning off the capture functionality of the system. Without it, anytime my hand was in an upright position it would be taking video footage. So, I would have a bunch of footage of me readjusting the helmet or scratching my face. Not the most entertaining thing to watch. The LED was used for debugging my code.

Here are the gerber files to reproduce the shield. 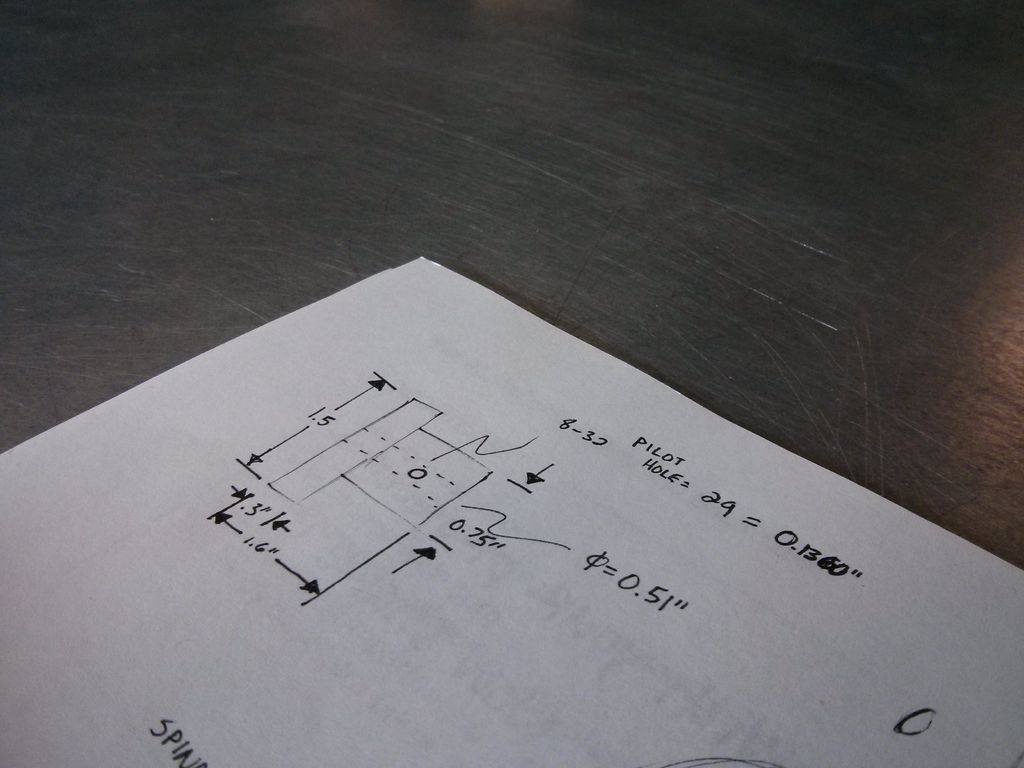 I had to mount the electronics to my arm, so I laser cut a wood panel to attach it to my wrist with some webbing. I used zip ties to attach the 5 Volt battery pack on the underside of the mounting panel.