LSM9DS0 Breakout board – a combined gyroscope, accelerometer and magnetometer

I started off prototyping with an Arduino Uno, and but it doesn’t have the ability to be a HID controller at the same time as being able to load the firmware via USB. I tried reading the sensors via the serial port, but that’s just not the same as a genuine mouse because you always need a client piece of software running, which isn’t elegant, nor is it always convenient. However, the Arduino Leonardo does have the ability to act as a mouse or a keyboard, so I decided to use one of those. In fact, what i decided to use was a clone of that. There is a fantastic clone board called the A-Star 32U4 Micro, which is tiny – just 1″ x 0.6″, and it’s half the price, so it’s a winner all round for this project, 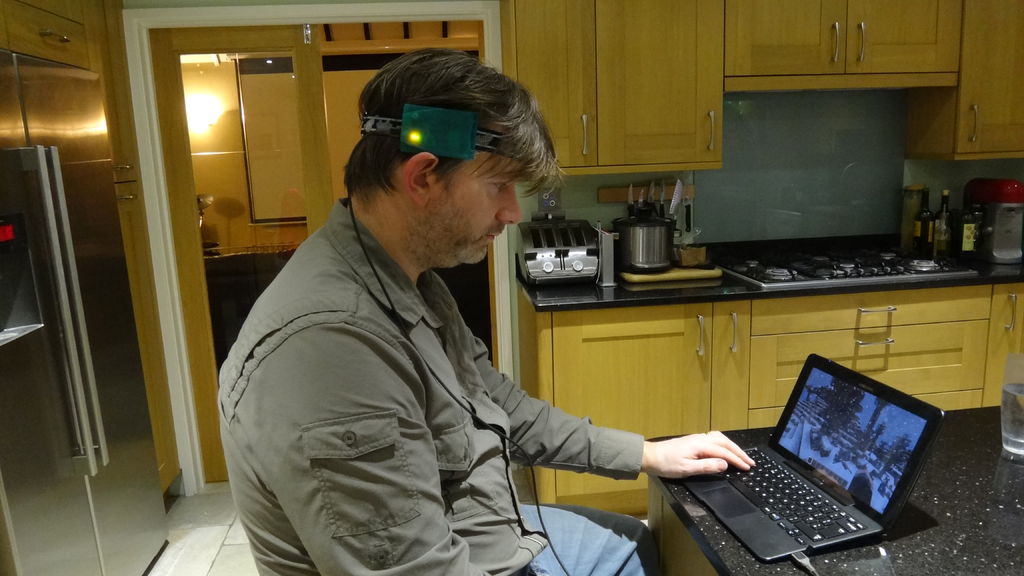 For the gyroscope, I chose the LSM9DS0 chip which is a combined gyroscope, accelerometer and magnetometer, giving me the choice of being a bit more sophisticated about detecting movement. I don’t have the facility to make my own circuit boards or to surface mount chips, so I bought it on a breakout board.

The LSM9DS0 runs with 3.3V outputs, but the processor needs 5V inputs, so a logic level converter for the SCL and SDA lines is required too.

Finally, it’s a good idea to be able to turn the mouse operation of the device on and off without unplugging it – that way if you make a mistake, you can re-program it without the mouse feature running wild.

The easiest way to run the LSM9DS0 is on the I2C interface. That allows the microprocessor to talk to it over a simple serial interface, which has standard libraries. To do that, we wire the SDA and SCL pins to the SDA and SCL pins on the 32U4 board, via the logic level converter to change the signals from 3.3V to 5V.

You can periodically poll the LSM9DS0 for data, but to optimally know when there is data, there are three interupt outputs – one for each sensor. They also run at 3.3V, but that is high enough for the 32U4 to treat as a high signal, so there is no need to run those through the logic level converter.

Sparkfun have a fantastic writeup of all of this here;

The sketch shows the circuit, along with a push switch going to pin 11, with a 10k pull up resistor connected to 5V to stop the pin from floating.

I prototyped the solution on a breadboard first, as shown in the photo.

After much pain, I found that there’s a quirk in the LSM9DS0 which means that it doesn’t always return all of the data that you expect it to, so use the attached libraries instead, where the issue is worked round. Without this, you can find the system hanging.

I used the sparkfun example code to get the gyroscope to move the mouse. I combine that with the readings from the accelerometer to detect what way the device is oriented, and translate that in to x and y movements for the mouse. You can find that code in the attached file.

The code expects the device to be on the right hand side of your head. If you want to have it on the left, invert the Y axis calculation, otherwise it will move the mouse down when your head moves up.

The LSM9DS0 doesn’t start as fast as the processor, so the code pauses for 1s when it first starts to allow the sensors to come on line. Then I throw away the first 10 readings because the first readings seem to be less accurate.

The accelerometer seems to not say zero when it is stationary (movement of the earth perhaps?), so the code takes an average of readings 10 through 40 when you turn it on, and subtracts those from subsequent readings to make it stable. Make sure the mouse is stable when you plug it in for that reason.

The button is used to pause the mouse interaction, and when it starts again the stationary readings are taken again, so be sure to keep the device steady when starting it up – e.g. put it on the table.

To use the code, create a folder called SFE_LSM9DS0 underneath {install directory}/Adruino/libraries, and put SFE_LSM9DS0.cpp and SFE_LSM9DS0.h in that folder. Then you can open headMouse2.ino and load it to your Arduino.

Next step is to solder it all up on a strip board. It’s not as elegant as a custom built PCB, but I love strip board because it’s always there ready to use for whatever you want, and you can tinker with it if it doesn’t work. It’s not particularly elegant (nor is my soldering), but it all works great.

It’s no fun having a bare circuit board strapped to your head, not to mention the risk of static, so it needs to be packaged in something. I considered a altoids tin, but metal isn’t the best thing to put this in, plus it’s large and uncomfortable. Fortunately, walking too far in new shoes resulted in me to emptying a plastic blister plaster box which was a perfect size for the circuit board (well, after I trimmed down the board with a dremel it was anyway). Plus, it was nice and smooth, and comfortable to have strapped to your head. I cut holes for the USB connector and the button, fixed the circuit board in to place with some sugru, and used a bit of leftover green sugru to make a matching green button top for the case.

I cut a couple of lines in the case and threaded a child’s elastic belt through it as an ideal size for a head band, so the device can be comfortably worn on the head. 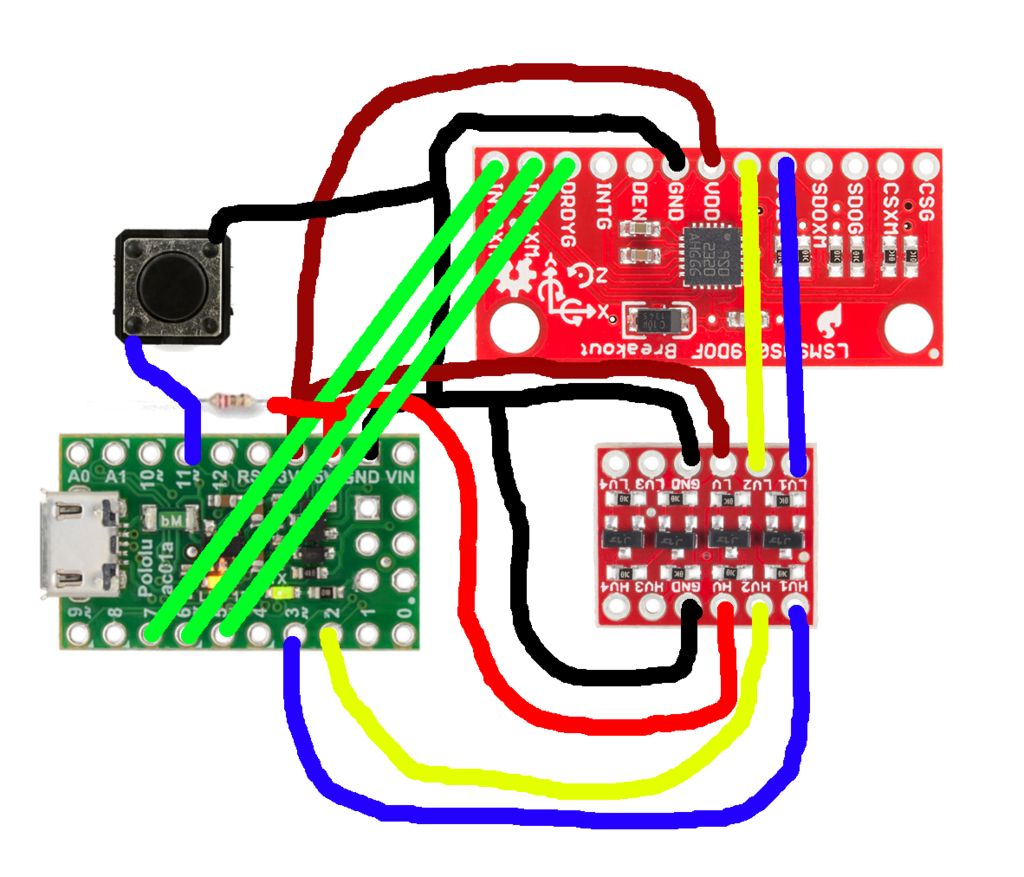 So here it is in action. Crank up minecraft with a first person view, and as you look up and down, Steve looks up and down in the game. Look left and right, and Steve looks left and right. It’s uncannily accurate, and brilliant fun to have your real life movements reflected in the game. If you look off the side of the screen, it re-centers when you move back to the middle, so to face a new direction, just move your head left or right past the edge of the screen and then back again.

Yes, you still need to use the mouse buttons to dig and build. Does that defeat the point of the head mouse? No, not at all. It’s not about completely ditching the mouse – it’s about a more immersive gaming experience.