Skip to content
i had heard a few years back about the ability of hooking up toy EEGs so you can interface them with your computer.

I was reminded of this for a project i wanted to do for a class (instructable coming soon ;-)), and i also found a “Star Wars force trainer” on amazon for 30 bucks.

Here is the simple step by step instructions on how to turn a force trainer into a working EEG you can see with your computer.

special thanks to frontier nerds for the initial code and the hack of a similar toy. 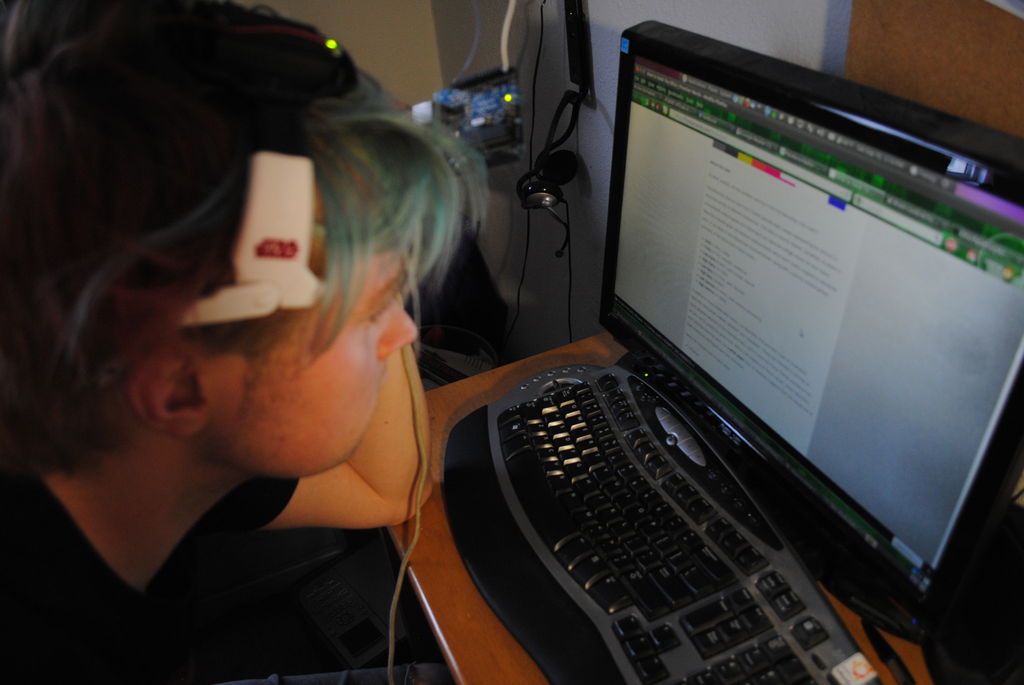 After you’re done messing with the force trainer (its a pretty cool toy), open it up.

Once that is done, drill a small hold in the force trainer case and feed the wires through.

Next you want to program the arduino. This code will take the data from the force trainer and spit out some pretty numbers. We will go over what the numbers mean in a later step.

Install that library and load the serial out example, verify you are getting data from the serial monitor.

Now you are ready to combine the arduino and the force trainer.

Step 4: Hooking up to the arduino 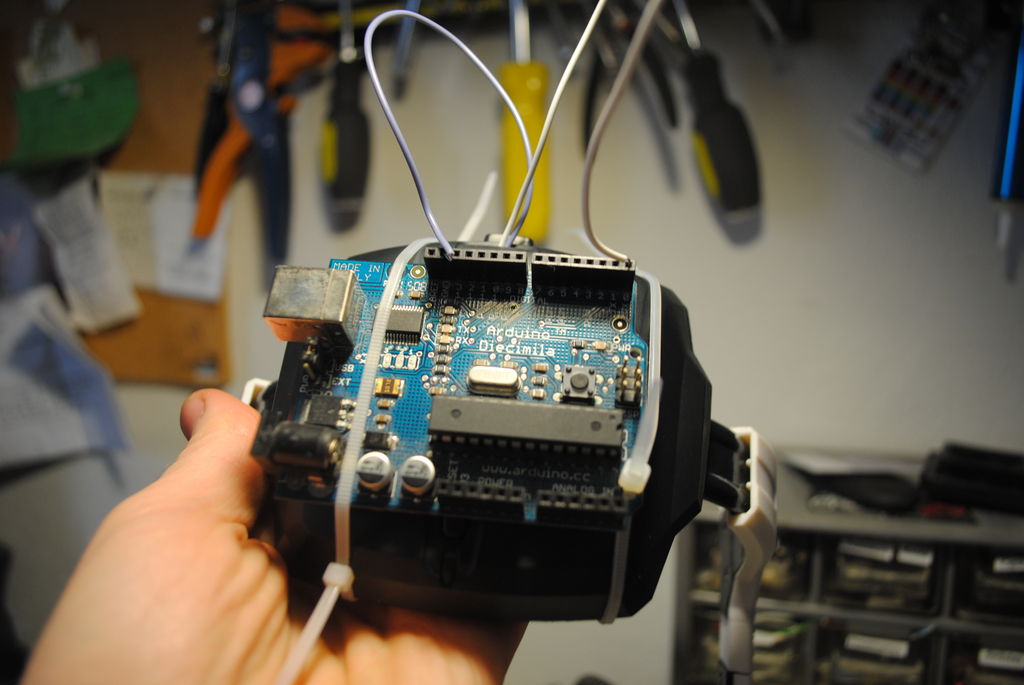 Next, its time to wire the arduino up to the force trainer. Take the wire from ground and wire it to GND on the ardunio, and take the “t” pin wire and plug it into pin 0 (or RX)

I used some zip ties to keep the arduino attached to the top of the force trainer.

For more detail: How to hack EEG toys with arduino
Turnkey PCB Assembly