GaN technology will transform the future

For the first time in 60 years, a new higher-performance semiconductor technology is less expensive to produce than the silicon counterpart. Gallium nitride (GaN), has demonstrated both a dramatic improvement in transistor performance and the ability to be produced at a lower cost than silicon. GaN transistors have unleashed new applications as a result of their ability to switch higher voltages and higher currents faster than any transistor before.  These extraordinary characteristics have ushered in new applications capable of transforming the future.  But this is just the beginning. 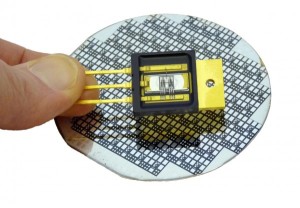 GaN field effect transistors (FETs) are now available as discrete transistors and as monolithic half-bridges, with performance 10 times better than the best commercial silicon MOSFET.  But what happens when many devices are integrated to create a system on a single chip?  What happens when the performance of that chip is 100 times better than silicon?

If we will look out 5 to 10 years we can easily see how a transformative change in semiconductor technology can transform our everyday world.

Transforming Space
Power converters used in harsh environments, such as space, must be resistant to damage caused by radiation. GaN FETs today perform 40 times better electrically and are inherently capable of withstanding 10 times the radiation of the aging radiation tolerant power MOSFET (Radiation tolerant MOSFETs have significantly worse performance than their commercial counterparts).
Elon Musk, CEO of SpaceX, has set as his mission to reduce the cost of putting objects in space by a factor of 10.  With GaN technology applied to satellites, we can reduce the size of the electronics, eliminate the shielding required, and greatly improve the performance of the on-board payload.  The emergence of GaN technology coupled with the innovations from SpaceX, will change the way we use space, accelerating its exploration…and setting the stage for space colonization!

READ  Reverse engineering the silicon in the ARM1 processor

FOr More Details: GaN technology will transform the future

We have written a tutorial for Rotary Encoders using a Microchip microcontroller but now would be a good time to...