FT800 with Streaming Video on Gameduino 2

I like to check out the thrift stores in my area for one of a kind technical gems to add to my collection. A few years ago I came across a Connectix QuickCam. This is one of the earliest webcams that didn’t require a separate video capture card. Due to how easy it was to install, it was incredibly popular. So much so that Logitech ended up buying Connectix out and forking the product under their own brand.

When I saw it in the store I really had no idea what it was aside from the fact that it was a webcam and it had a parallel port. My first instinct was that a parallel port is simply a collection of TTL lines that I could emulate with a modern microcontroller. I finally had some time to put it into action and decided to stream video frames from the camera to a Gameduino 2 and the FT800 video processor that it uses. 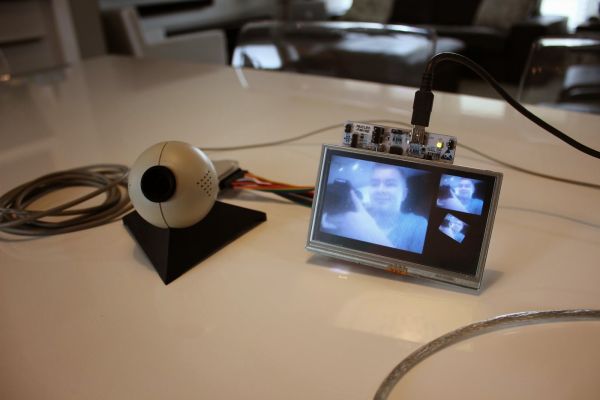 The results were great, aside from the low image quality of the camera. This experiment proves the concept of using an FT800 to composite motion video with other visual elements. A better image sensor would provide a really cool experience.
Keep reading to see how I did it!

The first step was to write a driver for the camera. The camera is very well documented by the original manufacturer, Connectix. Unfortunately the specification is still protected by an NDA. If you search hard enough, you can find it ;] The designers obviously had some ulterior motives when designing the protocol. In numerous sections of the specification there are references to using the camera with a non-parallel port interface.
For more detail: FT800 with Streaming Video on Gameduino 2
Share this:
READ  A data-acquisition system on a chip

Have no fear... even if this project sounds complex, you'll easily learn in this article many things about high speed...