Sometimes you may do something stupid, other times it is totally inexplicable but as a result of whatever events, the green power light on your Arduino stopped coming on. In my case it turned out to be a burned out voltage regulator.

This inscrutable is a explanation on how to replace it and identify the problem. I couldnt find anything online that explained how to fix a dead Arduino so this may help some people.

(keep in mind that your Arduino could have something else fried, so this wont work in every case)

But also this may work on a regular arduino, if in fact you did burn out the voltage regulator, since they both use the same part. 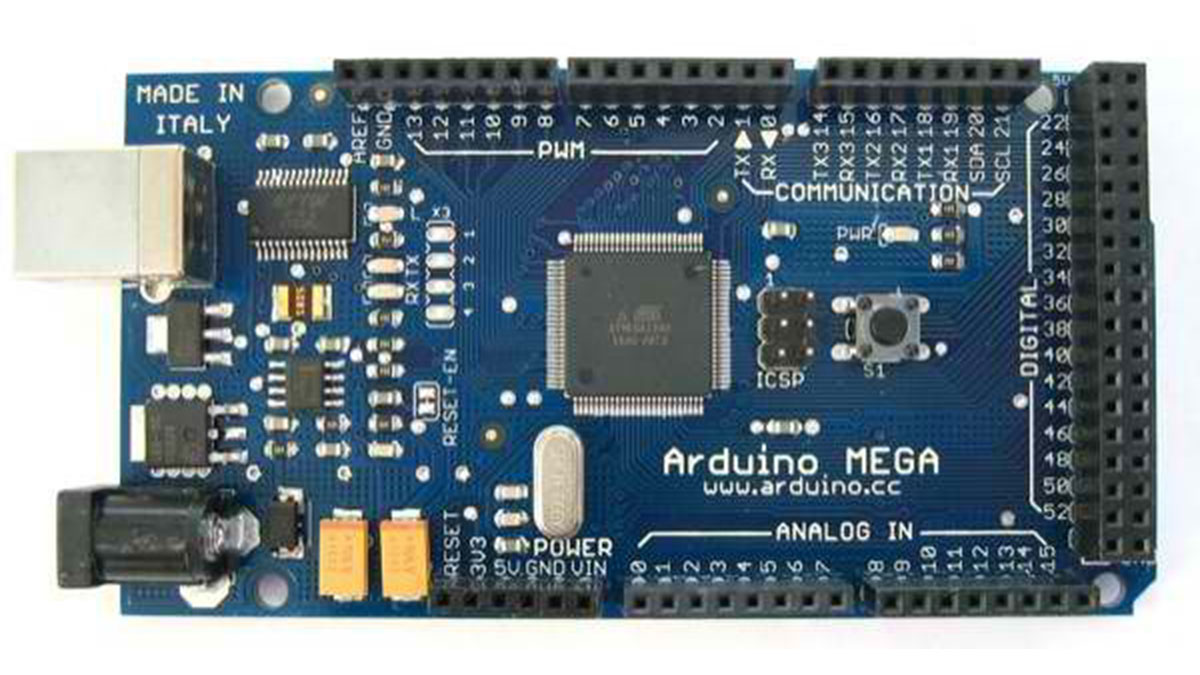 Step 1: Looking for the problem

I was working on interfacing an Arduino Mega with an Irobot Create platform, when for some strange reason i got a power surge on the USB port and the Arduino shut off seemingly for good.

When plugged in, the big overcurrent inductor (in the image below) on the board would quickly heat up, the board wasn’t recognized by the pc and no lights came on.

After thinking what could possible be wrong, the voltage regulator came to mind. It takes whatever voltages go into the power supply and brings it down to 5 volts that is needed for the ATmega chip. The regulator on the board is the: MC33269D-5.0

it comes in two packages that do the same thing but look a little different, your arduino may have either one.

To check if the regulator was indeed bad, I used a continuity tester between pins 1 and 2. Luckily I had another working arduino around to compare to. On a working board, there is no continuity, on my broken one, pins 1 and 2 were shorted out.

To further investigate what happened, I refered to the Arduino Mega schematic, available here as pdf: http://arduino.cc/en/Main/ArduinoBoardMega

They also have the eagle pcb file so you can actually see the arduino’s design and move things around to see how they are connected. Very useful.

The short in the voltage regulator basically took all the voltage from the usb in a loop over the overcurrent protector and heated it up without powering the board.

I thought since the voltage regulator was for using higher voltage sources with the Arduino, if you took it out, it would work with usb again.

That is one solution. You can totally remove the voltage regulator violently with pliers and the board will work again off USB. But not with any other voltage source in the Vin pin or the 9v jack.