With its eyes on the growing market for portable medical systems, Analog Devices is aiming to win designs in both high end and low power portable systems with its latest 8-channel ultrasound receivers. 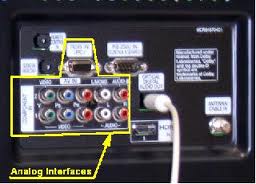 “Medical imaging systems such as ultrasound monitors are becoming low power portable and handheld devices and a trigger is the level of semiconductor integration that is now possible,” Patrick O’Doherty, vice-president for the healthcare group at Analog Devices, told Electronics Weekly.

ADI introduced its first integrated ultrasound receiver chip three years ago, now the company has moved to a silicon germanium (SiGe) process technology in two ultrasound receivers – one optimised for high accuracy, low noise performance and the other for power consumption.

“Ultrasound equipment designers must continually balance the demands for higher image quality and increased power efficiency in a range of systems,” said O’Doherty.

One of the performance benefits of the SiGe process technology is an output-referred large-signal SNR of up to 67dB, which can be used in high sensitivity systems where power consumption is perhaps less of an issue.

The receivers feature a variable gain range of 45dB, a fully differential signal path, an active input preamplifier termination, a maximum gain of up to 52dB, and an ADC (analogue-to-digital converter) with a conversion rate of up to 80Msample/s.

For higher accuracy systems the devices can be used in low noise TGC (time-gain-control) mode.

Medical imaging applications, including ultrasound systems, represent one of Analog Devices’ most important medical systems market areas. The other areas are patient monitoring systems such as blood and heart rate monitors, and laboratory analysis tools.

“This is seeing the design of a new class of vital-signs monitor with higher levels of intelligence in the system, which can be provided by new types of highly integrated semiconductors,” said O’Doherty.