Skip to content
Energino is a plug-load meter that measures the amount of power consumed by whatever DC electrical appliance is plugged into its. It was originally designed to monitor the energy consumption of simple networking devices such as Ethernet switches and WiFi access points, but it can be used to monitor any DC appliance. Energino “sits” between the power supply and the actual device being monitored. Energino is also equipped with a mechanical relay allowing you to turn on/off whatever appliance that is plugged into it.

It has the following basic features:

Moreover,  when used in combinations with an Ethernet shield it supports: 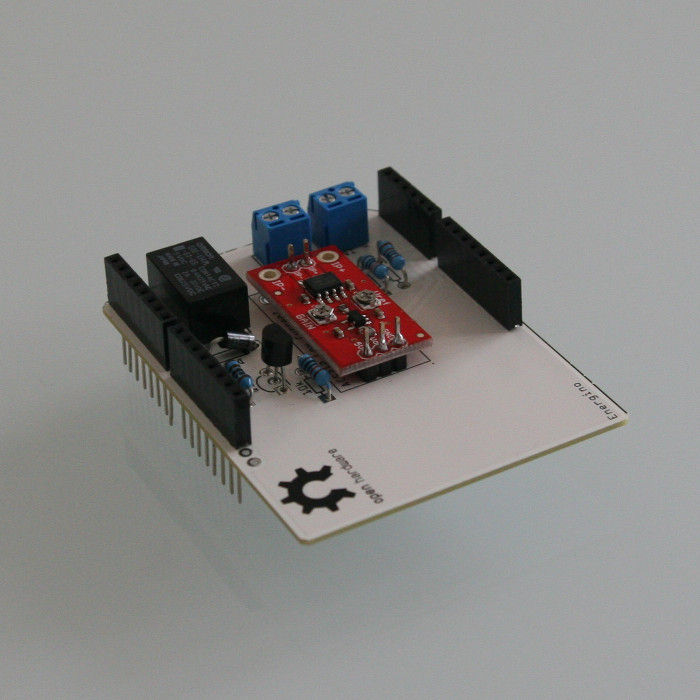 In order to assemble an Energino shield you will need:

Copy the diagram to a breadboard and check that you can run the Energino script, then you can start soldering the components on a proto-board.

Alternatively you can use this Fritzing project to order a professionally printed PCB frorm Fritzing.

Fritzing is an open-source an open source initiative for designers, artists, and hobists. Among other things Fritzing allows you to create a custom PCB layout and have it manufactured for you at a very honest cost. For example an Arduino shield costs 19 Euro. You can find more information in their official web site and you can order the PCB from the Fritzing Fab. 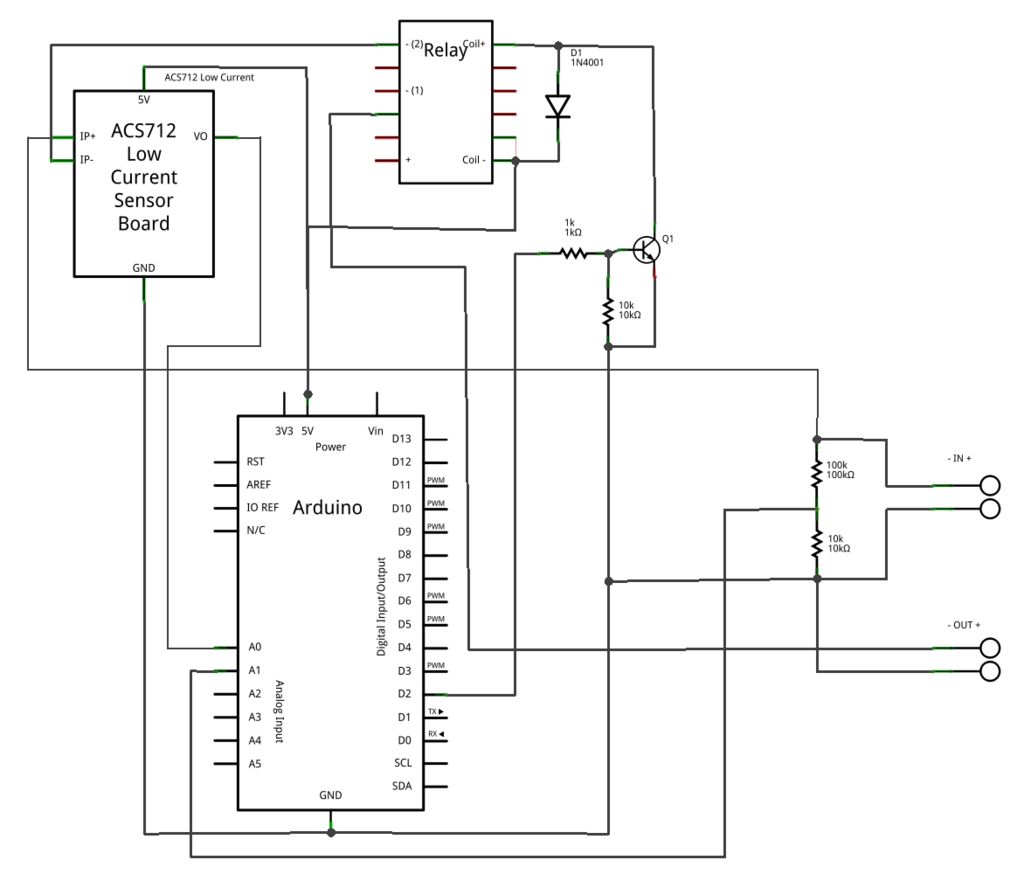 The ACS712 chip outputs an analog voltage that varies linearly with sensed current. The regular version can measure up to 5A of DC or AC current. In the Sparfun breakout board an opamp gain stage has been added for more sensitive current measurements. In particular by adjusting the gain of the embedded opamp (from 4.27 to 47) it is possible to measure very small currents.

In order to calibrate the current sensor  you must configure the offset and the gain trimmers using a screw-driver and a digital voltmeter. This is done in two steps:

1) Configuring the offset. With no current on the sense lines, adjust the offset in order to read about 2.5V on the sensor output line.

2) Configuring the gain. With a known current input Iref (a 100mA limited supply works well for this), set the gain in such a way to read the desired value Vref on the output line. The sensitivity is then given by (Vref – 2.5) / Iref. For example, if with a reference current of 100mA the sensor output line reads 2.8V, it follows that the sensor sensitivity is 3 V/A.

Considering that the sensor output increased linearly with the sensed current and that the maximum value cannot exceed 5V, it follows that the gain must be set as a tradoff between resolution and maximum measurable current.