I’m astounded that some cars don’t have a digital compass always visible. You either have to launch the navigation app each time which may even disappear when you adjust the radio. In this project, you’ll create a digital compass that can be powered by by the cigarette lighter or another source (batteries make it handheld). You could buy one, but where’s the fun in that?

You’ll use an awesome OLED screen (with amazing viewing angles), a magnetomter, and Arduino (with a zombie apocalypse mode Easter Egg) to create this cool gadget. If you just want to see the code, I have it in a Gist: Compass.ino. I put it in a Gist so that other people can make edits and improvements to it. 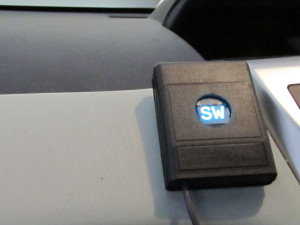 For More Details: DIY Digital Compass (for your car)