This is what came out of my attempt at combining some of my favorite tools and themes…Grasshopper, 3D printing, kinetic motion, and linguistics. I put these gloves on my friends, asked them to tell me a story, and used Grasshopper to record the data from their hand gestures. While these gloves are far from precise instruments, they still produced some interesting forms which I later 3d printed. 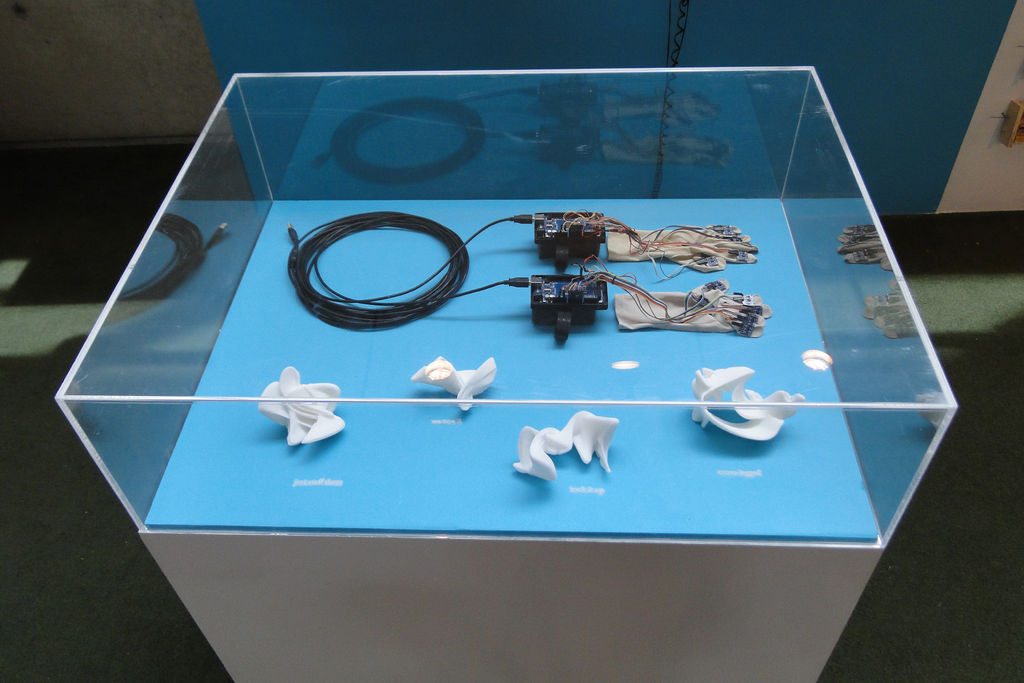 I used the Firefly add-on in order to receive input from Arduino and Kinect in Grasshopper. Two Arduino Megas track finger positions and hand rotation while a Kinect tracks each hand’s movement through space.

Three dimensional shapes were made in Grasshopper by extruding a pentagon through space. Each vertex on the pentagon corresponds with a finger. The more a finger is bent, the further the vertex moves inward. The accelerometer on the back of the hand controls the overall rotation of the polygon. Of course, the accelerometers are not meant to know their spatial position so the resulting geometry is very much an abstraction of the gesture and not a completely accurate representation.

In the above picture, I bend my pointer finger. As a result, the Y value from the accelerometer decreases, and so does the radius value of the corresponding vertex, causing it to move inward. A similar effect happens with the other fingers (as shown below).

Description The ADXL362 is an ultralow power, 3-axis MEMS accelerometer that consumes less than 2 μA at a 100 Hz...