Build Your Own Arduino

Setting up an Arduino on a breadboard has become a process I have grown to love.

Within a few minutes you can have a fully working Arduino platform to work with as you will see in this tutorial. There have been several occasions when I was at school and quickly put together one of these for testing some ideas for a project. Plus it is just looks so neat with all the components laid out over the breadboard.

Whats is an Arduino?

Arduino is an open-source electronics prototyping platform based on flexible, easy-to-use hardware and software. It’s intended for artists, designers, hobbyists, and anyone interested in creating interactive objects or environments.

Arduino can sense the environment by receiving input from a variety of sensors and can affect its surroundings by controlling lights, motors, and other actuators. The microcontroller on the board is programmed using the Arduino programming language (based on Wiring) and the Arduino development environment (based on Processing). Arduino projects can be stand-alone or they can communicate with software on running on a computer (e.g. Flash, Processing, MaxMSP).[1] www.arduino.cc�

With a few inexpensive parts and a solderless breadboard you can quickly and easily build your own Arduino. This concept works great when you want to prototype a new design idea, or you don’t want to tear apart your design each time you need your Arduino.
The example below shows how to hook up the components on your breadboard. We will go into further detail throughout this project.

Before we get started, make sure you have all the necessary items in the component list box.
If you need to purchase parts you can do so from my site at www.ArduinoFun.com or see below for other online stores
READ  How to Build a Robotic Hand with Haptic Feedback using Arduino

* See note about the TTL-232R cable in programming options before purchasing.

The first thing you need to do is set up power. With your breadboard and components in front of you… let’s get started!
With this step, you will be setting the breadboard Arduino up for constant +5Volts power using a 7805 voltage regulator.

In order for the voltage regulator to work, you need to provide more than 5V power. A typical 9V battery with a snap connector would work just fine for this.
Power is going to come into the breadboard where you see the red and black + and – squares. Then add one of the 10uF capacitors. The longer leg is the Anode (Positive) and the shorter leg is the Cathode (Negative). Most capacitors are also marked with a stripe down the negative side.

Across the empty space on the breadboard (the channel) you will need to place two hook-up wires for positive (red) and ground (black) to jump power from one side of the breadboard to the other.

Now add the 7805 voltage regulator. The 7805 has three legs. If you are looking at it from the front, the left leg is for voltage in (Vin) the middle leg is for ground (GND) and the third leg is for voltage out (Vout). Make sure the left leg is lined up with your positive power in, and the second pin to ground.
Coming out of the voltage regulator and going to the power rail on the side of the breadboard you need to add a GND wire to the ground rail and then the Vout wire (3rd leg of the voltage regulator) to the positive rail. Add the second 10uF capacitor to the power rail. Paying attention to the Positive and Negative sides.
It’s a good idea to include an LED status indicator which can be used for troubleshooting. To do this you need to connect the right side power rail with the left power rail. Add positive to positive and negative to negative wires at the bottom of your breadboard.

Having power on the left and right power rail will also help to keep your breadboard organized when providing power to the various components.

Figure 1-4: For the LED status indicator, connect a 220& resistor (colored as: red, red, brown) from power to the anode of the LED (positive side, longer leg) and then a GND wire to the cathode side.

Congratulations, now your breadboard is set up for +5V power. You can move onto the next step in the circuit design.

Now we want to prepare the ATmega168 or 328 chip. Before we begin, let’s take a look at what each pin on the chip does in relationship to the Arduino functions. NOTE: The ATmega328 runs pretty much the same speed, with same pinout, but features more than twice the flash memory (30k vs 14k) and twice the EEPROM (1Kb vs 512b). 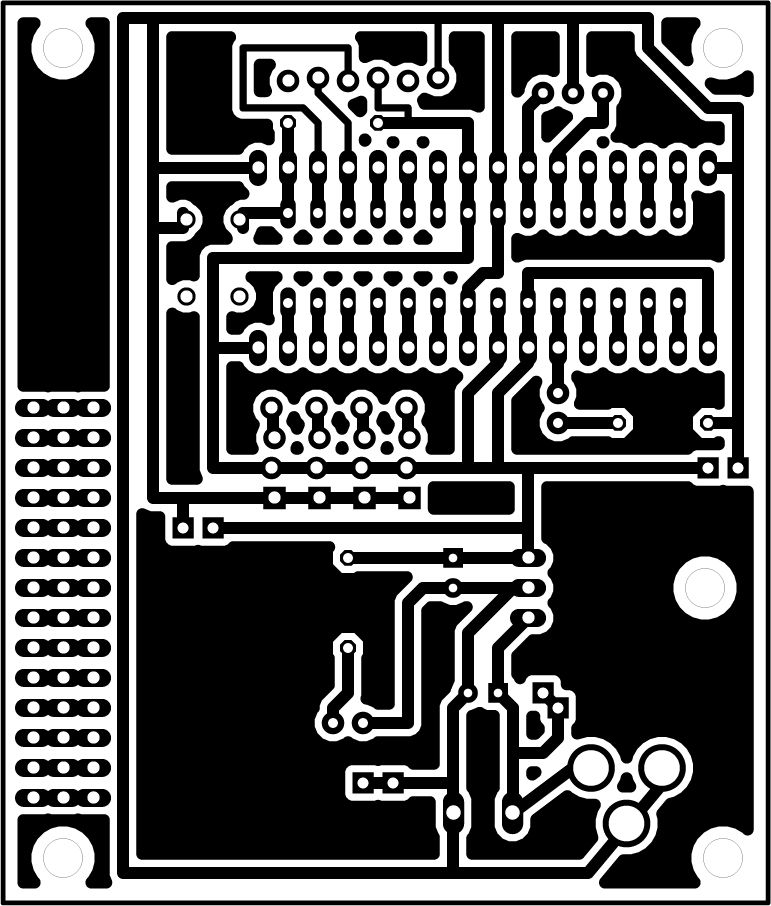 Figure 1-5: Arduino Pin Mapping
The ATmega168 chip is created by Atmel. If you look up the datasheet you won’t find that the above references are the same. This is because the Arduino has its own functions for these pins, and I have provided them only on this illustration. If you would like to compare or need to know the actual references for the chip, you can download a copy of the datasheet at www.atmel.com. Now that you know the layout of the pins, we can start hooking up the rest of the components.

With this device you’ll be able to: take pictures from anything you can sense or detect: - movement - sound...