This project is a contribution to the first belgian Arduino Jam (2012).

First of all we would like to thank the organisation and especially the main sponsor, Capgemini, which made all of this possible. 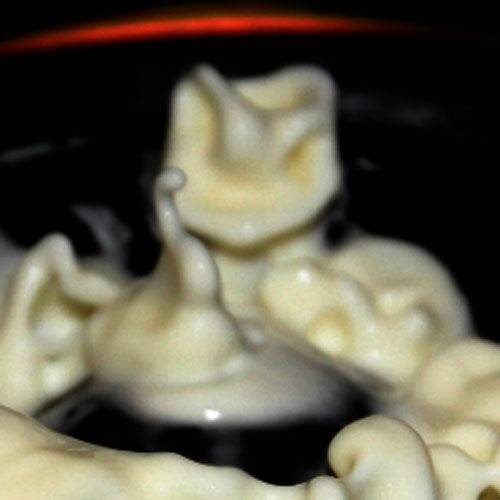 Bleeber is a physical way of interacting with data trough oobleck.
In Belgium it’s commonly known that the train schedule has its own will. During peak hours, catching a train on time is a rare thing.
Sometimes we just had enough and would love to stand up and shout it out.
But we don’t. We’re a calm and modest nation, so we keep it to ourselves.

Unless! We can make technology have its say!
We found a way to stand up, without even have to get out our couches.
Let the blubber do it!

First we analyze train schedules trough neat project. (Check some news articles about iRail, in function of internet freedom)
This data is than transfered to our non-newtonian fluid trough a speaker, which makes it stand up (even dance a little).
According to the right frequency (which is determined by the amount of delays of all trains) the substance rices higher, and triggers a counter by interrupting a laser beam. Because laser beams are pretty awesome. If the counter hits an amount, we had enough! Now the machine is so mad it automatically tweets a message! That’ll show them…

Enjoy the pictures and clips,
once again, thanks to all the Arduino Jammers…
We had a great time! 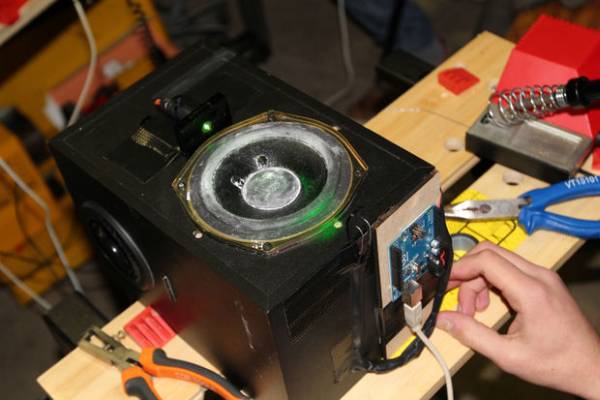 We spent hours and hours on research how to make the best ‘blubber’ and this is what we found out.

For more detail: Bleeber – A physical layer between data and action.