So, looking at these Kaoss pads and alike hardware, I found that there is hardly any point in this device being so expensive, when you just want to use it as MIDI controller.

Going through my parts bin, I found a Synaptics touchpad from an old laptop and figured this should just work as a replacement. 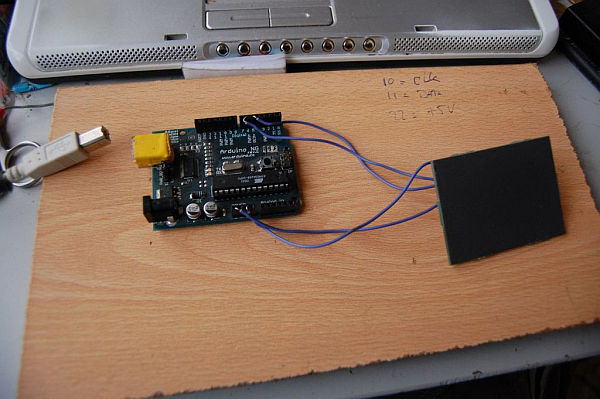 Ok, when I say 5$, i mean really cheap. Clearly a loose arduino is already 20-25 USD (but you can replace it with just a bare ATMEGA168 chip for ~2 USD) , and this touchpad would probably cost you some money aswell, when you are not able to salvage it from an old laptop.

WARNING: the Kaoss pads and similar hardware all have built-in audio outputs, this project does not . 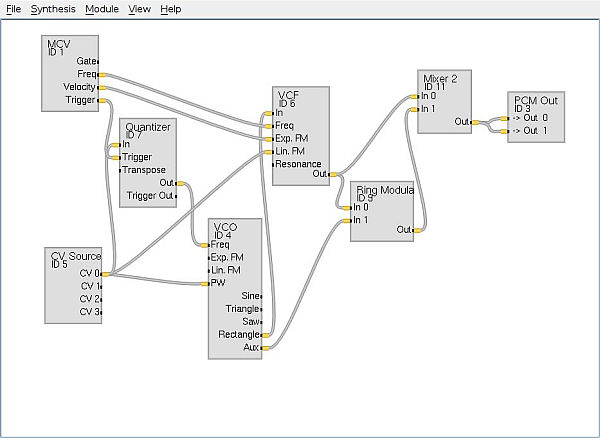 Step 2: Soldering to the touch-pad

Well, this is simple enough, bring out the points you have found 😀

The main trick is to use pretinned wires and first get a small island of solder on the testpoints you have found. Be careful to not put too much heat on the touch-pad, the copper can very easily get  loose from the pad by overheating.

For ground I soldered to the big square connection (see also the pin-out image), but there are many more places where you can get ground signal.

After this step, you probably want to secure your soldering with some hot glue or similar product for strain relief.

Step 3: Interfacing to the arduino.

As you now have a touch-pad with wires attached to it, lets look into getting values from it.

The available ps2 libraries for arduino naturally work as a mouse and allow for mouse type input, if you’re into such a thing 😉

Below you will find a karduinoss.pde sketch for the arduino based on the ps2 library available on http://www.arduino.cc/playground/ComponentLib/Ps2mouse which will initialize the touch-pad as an absolute xy controller with about ~4000 steps side to side.

The code does some auto-calibration based on the values it gets, and maps the x, y and z values to MIDI controller changes through the use of ttymidi available on http://www.varal.org/ttymidi/.

The karduinoss.pde sketch assumes an LED is connected to pin 3 ,the touch-pad clock on pin 13 and the touch-pad data on pin 12.