I built a linefollower robot that could be used in many different ways, and I summed up my project in some steps.
To begin with, all you need is the following parts: 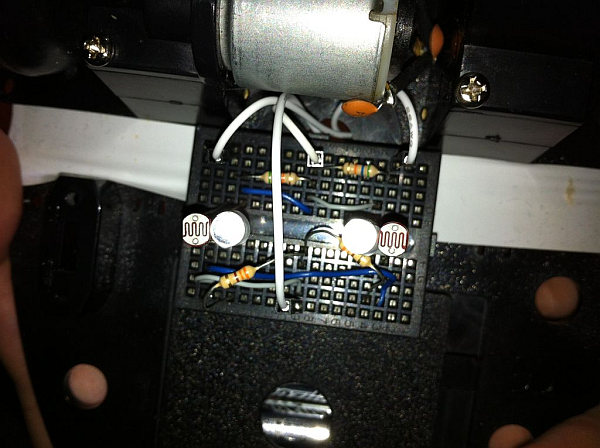 How to:
I used an old robot frame with two wheels commanded by two DC motors, but you can use an equivalent solution as well. 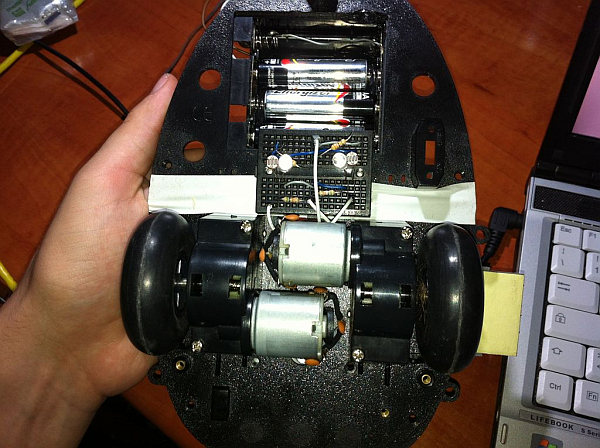 How to:
Calculate the distance between the two pairs of leds and photoresistors basing on the width of your tape.
Position the photoresistors and the leds as seen in the pictures.
Connect leds to two resistors of 330 ohm and put some non trasparent tape around it to prevent any interference with the photoresistors
Place the mini breadboard in the lower part of the frame.