This example is designed to be used with a Processing sketch. Processing is an open source programming environment. The application on the computer reads the sensors on the Esplora board and controls the buzzer and the RGB LED through a graphical interface. The image in the Processing application mirrors the Esplora board, so you’ll see a virtual version of your board. 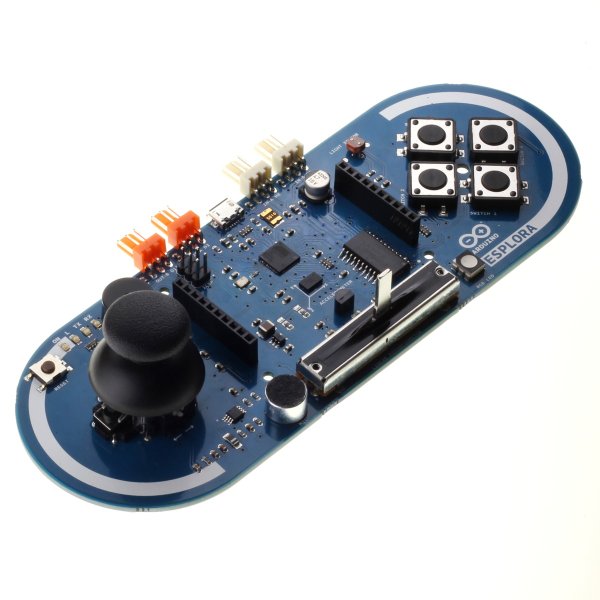 If you don’t have Processing installed on your computer, you can also test this example opening the serial monitor and interacting with the Esplora trough serial commands.

Download the zip file containing the simple Processing sketch for this example.

Download the zip file containing the advanced Processing sketch for this example.

You only need to unzip this folder inside your Processing sketches folder, and open the .pde file in Processing.

Only your Arduino Espora is needed for this example.

This example opens a serial interface to the Esplora. You’ll ask the board to read the sensors or write to the buzzer or RGB LED by sending commands over the Esplora’s serial port.