On his blog, Stephen Wolfram, worldwide known as the creator of Mathematica (a widespread computational software) and Wolfram Alpha (a knowledge engine), describes his experience at last NY Maker Faire, where he was supposed to give a public talk.

One of his sons, Christopher (13 years old) suggested him a very cool way to improve his talk, by making it much more dynamic with some practical demos. Indeed, after his father’s talk, he reached the stage and started his personal presentation, which involved the use of both Mathematica and Arduino. 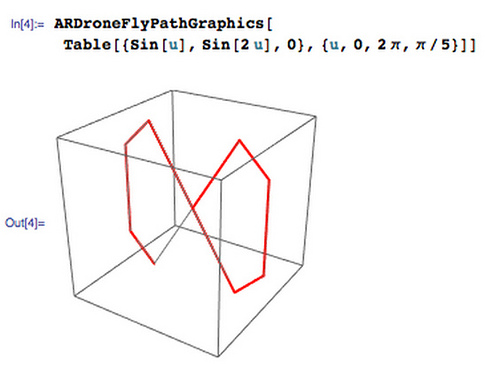 After showing how to graphically and interactively present analog readings from an Arduino board, he moved on to show how to control a quadricopter drone just by indicating the path to follow directly from Mathematica. As if it wasn’t enough for a 13-years old boy, several questions arose from the audience, which allowed him to show also how to directly process real-time video coming from the quadricopter with the computational software.

More information can be found here.

As a final remark, it’s always very nice to see what very young boys can do with the availability of right tools that can help their creativity and their imagination.

For more detail: Arduino and quadricopters at Maker Faire