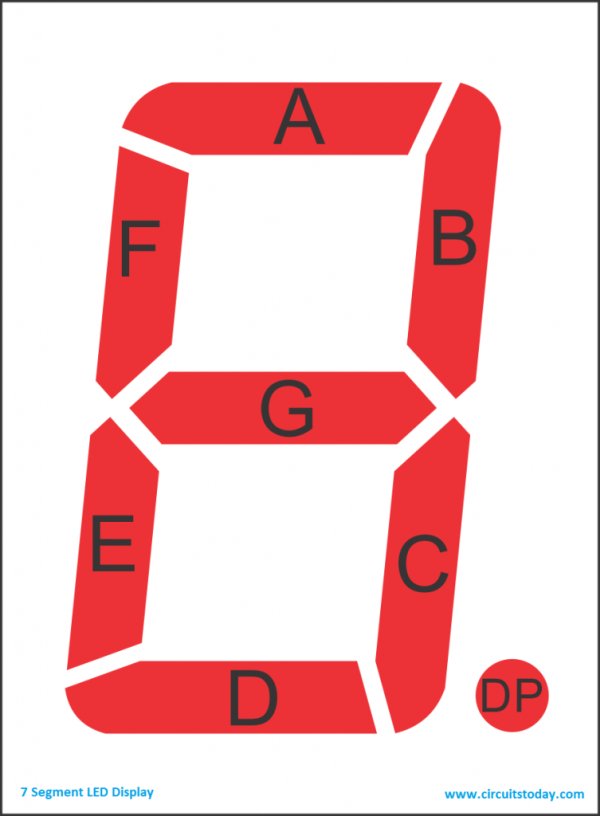 As you can see there are 10 pins in total. You may notice two pins named com, as shown in the circuit diagram all the anodes (+ pins) of the LEDs are connected to these two pins. We call these 2 pins as common anodes and such displays are called Common Anode 7 segment displays.

Alright! So hello everyone! Long time user, follower, commenter but first time iblest here! So for my first instructable I...