The objective of this project is to build an Arduino voice shield to empower thousands of voice related applications! All this mostly thanks to an integrated ISD1790PY chip. 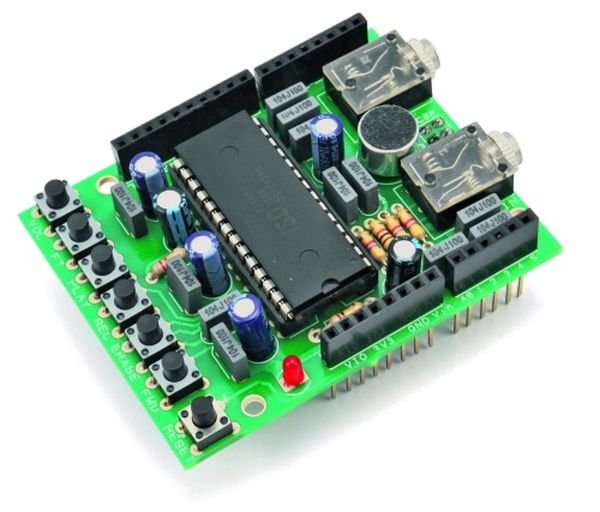 This particular voice/TTS  feature can be useful to integrate voice messages in alarm systems, to implement generic I/O controls in home automation or even in home security applications: something like playing an alert when a person or a vehicle approaches any given protected area. The use cases are many and limited only by your imagination!

You could even create your own Lucy Liu Bot

The Arduino integration is made simple thanks to a special library which is responsible for managing the ISD voice chip.

While this shield can operate stand-alone, it can be better managed through and SPI interface: by connecting this with Arduino it can take control of the speech synthesis.

The ISD1790PY sports a microphone input with automatic gain control (AGC), an output for 8 ohms speaker and another analog output that can be configured to drive an external amplifier. Volume control features as well as anti-aliasing and smoothing filter are provided and the vAlert (voiceAlert) function is used to indicate a new message is available in memory

ISD1790PY provides aso four sound effects to confirm operations such as start recording, stop recording, delete, forward and memory reset, along with vAlert, the effects are played from the AUD / AUX output.

The speaker output is amplified by a built-in power bridge stage, whose power is separated from those of both the analog section (microphone input with AGC, analog not amplified output) and digital section (sampler, memory) and is taken from the Vccp and Vssp1/Vssp2 pins.

Regarding the control buttons: 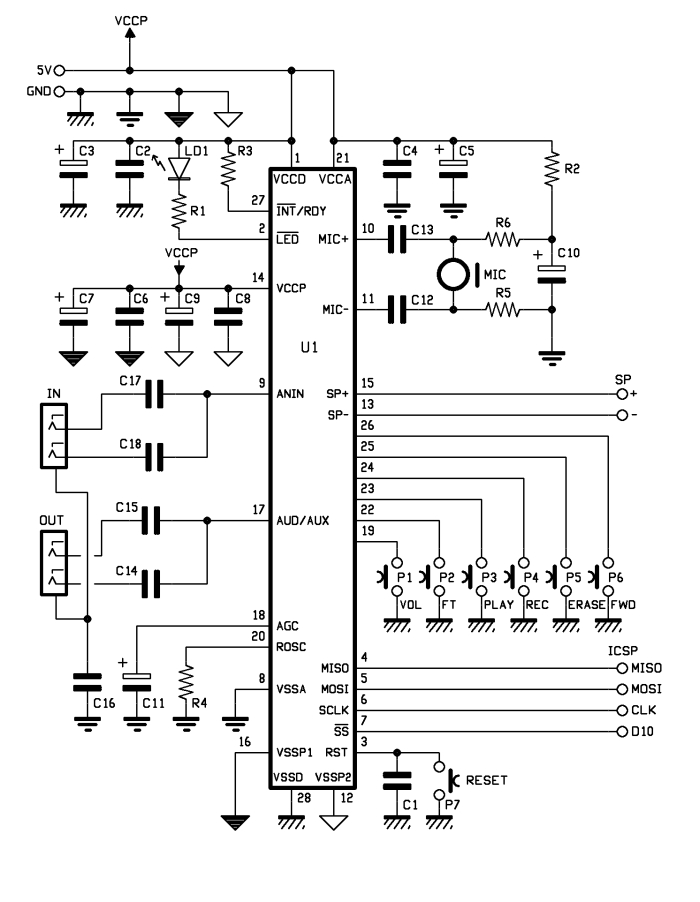 The same applies to PLAY and REC: both are valid for the memory slot where you are located at the time they are pressed.

For more detail: A Voice Shield for Arduino Board