Worms in Space Board Game

Story:
NASA has taken worms to the ISS on their own special capsule. There was an accident aboard the station and the worm astronauts have to navigate to the escape capsule to return to Earth. The airlock to the escape capsule has been damaged but can be reached from the other side of the ship. The human astronauts are helping their wormy comrades reach the capsule by using a series of warning lights in each quadrant of the station. 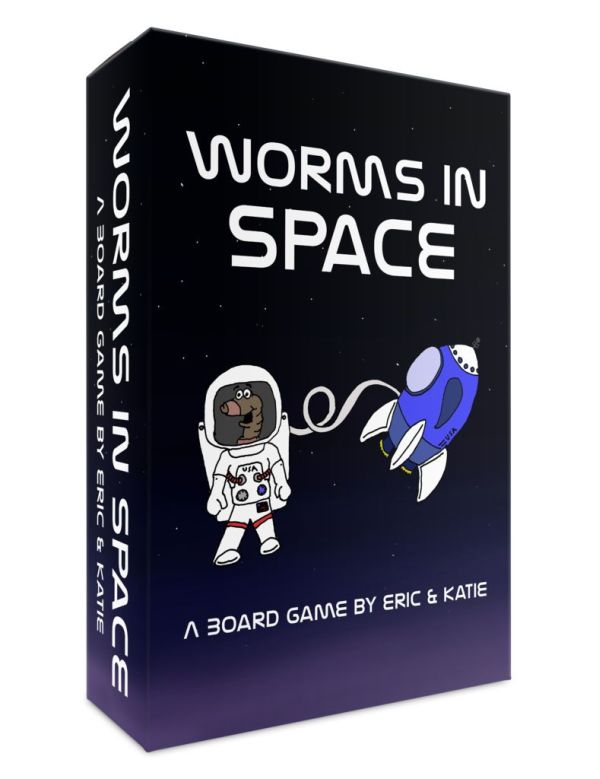 Goal:
To motivate a worm, through its natural sensation of visible light, to navigate from a starting point to an intended location.

Gameplay:
The worm starts in Quadrant 1 of the game board. The worm moves through each quadrant by incrementally triggering door switches until it reaches Quadrant 4. Quadrant 4 will be filled with some of the worm’s favorite foods, like coffee grounds or apple peels, so it can be rewarded for all of its efforts. The player is able to toggle LEDs on/off in order to motivate the worm to trigger the next door and to keep the worm from curling up in a dark corner of the game board.

Designers:
Hello, our names are Eric Hamilton and Katie Staples. We made this project for our Cybiotic Interaction Design Class taught by Andrew Quitmeyer at Georgia Tech. For more information, here is the course website:

READ  Bear With Me 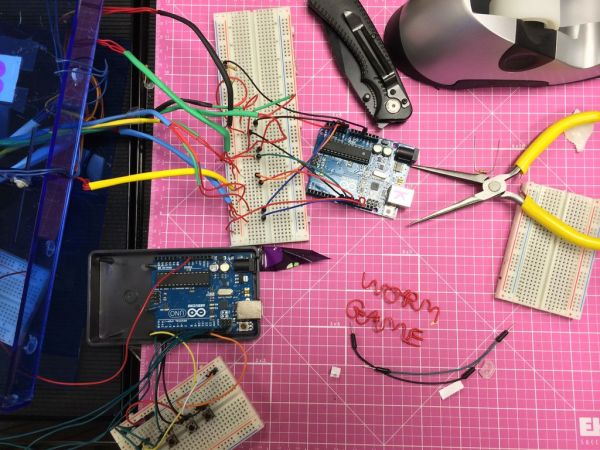 We began our research by using worms in combination with Disney’s Touche project. We decided to simplify our project by using the natural conductivity of the worms to complete simple circuits that control servo-powered doors. We did this by using a 5v outage on the Arduino connected to a strip of copper tape with another strip nearby connected to an analog input.

Disney Touche Technology:
Touché is a new sensing technology that proposes a novel Swept Frequency Capacitive Sensing technique that can not only detect a touch event, but simultaneously recognize complex configurations of the human hands and body during touch interaction. This allows to significantly enhances touch interaction in a broad range of applications, from enhancing conventional touch screens to designing interaction scenarios for unique use contexts and materials.
http://www.disneyresearch.com/project/touche-touch-and-gesture-sensing-for-the-real-world/

Using a laser cutter and the included illustrator file, we cut the acrylic board into two levels. The base of each level is 10″ x10″ and they are separated by the larger 3″ x 1″ pieces. The piece with the center hole goes on top to allow for the mounting of the servos. The 2″ x 1″ pieces are used for the doors and permanent dividing walls. The side walls are the 10″ x 1″ pieces. The file makes a few spare parts too.

For more detail: Worms in Space Board Game

So, long ago I  had read about propane fire poofers. They're pretty cool... I mean, who doesn't love fire?! But,...