There are a number of great Instructables on LED grids out there.  This is a low cost version – not quite as polished, but easy to make. 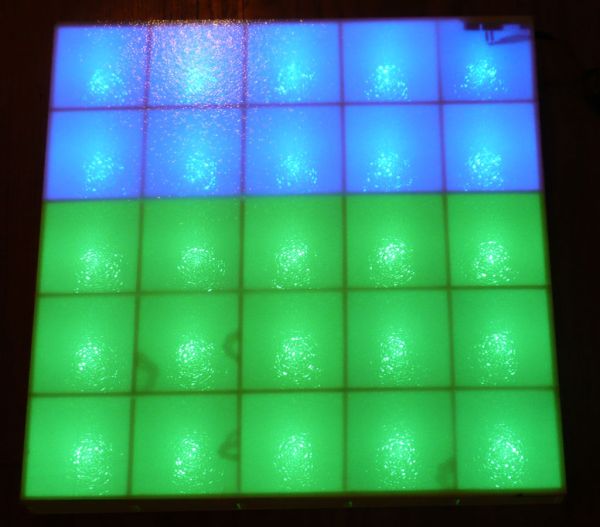 This project uses a couple of sheets of foam core, a fluorescent fixture cover from the local home store, a cut up strip of WS2812b LEDs, and an Arduino.  All fairly inexpensive if you know where to get them (info below). 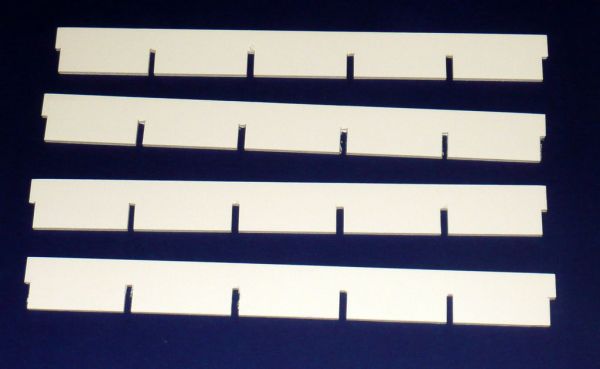 On 4 of them, cut a notch on the tops to run the wires.  On 4 others, cut notches on the bottom left of two of them and the bottom right of the other two.  The remaining 4 are the sides and need no notches (the pictures show each of the 4 types).

Don’t glue them all down yet since you will need to run the wires!  I used hot melt glue.  I glued the sides in first – added the strips in the one direction that is captured by the sides, but did not glue them yet.  Then I noticed you can remove them by flexing them slightly, and removed them while gluing down the LEDs.  Once all the LEDS are set, you can add glue as needed, but you may not actually need much more – depends how rigid you want it to be.

Cut the plastic lighting panel to 20″x20″.  It is very brittle, so the special scoring tool they sell may help – otherwise a box cutter may work, but be sure to have the panel on a flat surface.