Build a strobe tuner with an integrated tone generator to teach tuning by ear.

-=Background=-
I have always dabbled in instruments. Over the course of my life, I’ve attempted (with varying success) Piano, Guitar, Banjo, Penny Whistle, Ocarina, Panpipes, Great Highland Bagpipes, Smallpipes, and Didgeridoo (don’t ask, It was late, and I was a bit tipsy). In the process, I have continually hit one major hurdle. I am absolute rubbish at tuning by ear. I cannot tell if a guitar is out of tune in the least, unless it is so far off that you can play “The Bells of Saint Mary” without fretting at all. I was up late one night, experimenting with some PWM code for the Arduino when I suddenly had an epiphany. “Beat” tuning is very similar to measuring speed with a strobe. I thought that perhaps combining the obvious visual input of a strobe with the auditory input of a tone, could help me to better grasp tuning by ear. Thus an idea was born 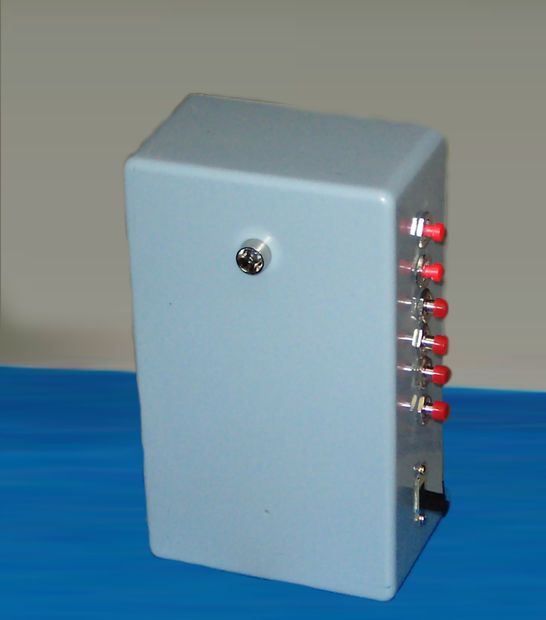 “The Tune Trainer” is a combination of two devices. One is a strobe that flashes at the frequency of a tuned string. The other is a tone generator. together they give the user two methods of tuning

1) Strobe – The musician sets the tuner for a string and strums said string while aiming the strobe at it. The strobe causes the apparent speed of motion of the string to decrease as the user approaches the correct frequency. as the the string gets closer to tuned, the string’s vibration will happen in visible pulses of speed and apparent lethargy, which slow as the tuning improves. These variations in speed should coincide with the frequency of audible “beats” when beat tuning.

2) Tone – The musician sets the tuner for a string and strums said string while listening carefully. If the string is very far from true, he’ll hear discord. once he is close enough that the discord disappears, he will begin to hear “beats” in the combined sound of the two tones, caused by constructive and destructive interference between the waves. The beats should decrease in tempo and amplitude as you approach a perfect tuning. (in theory)

The user can chose Both or either method to tune, hopefully allowing the combined methods to train the ear in the aural method of tuning.

The other neat thing about this project is strobe tuning itself, which looks AWESOME!!!1!

you will need the following materials (or similar) to build the tuner:

here’s the basic flow of the program (in pseudo-code):

I saved a bit of time in the inner loop with some hacked together bit operations, but overall the coding is pretty basic. Its also a bit of a hack, so please don’t nag me about rogue style syntax laws. I know what they are, but when I’m rushing, I ignore them…

you can change the frequencies of each button by altering the declarations at the top.