After my first post using a Bluetooth module, things have evolved a bit. The challenge with these Bluetooth modules is: they look the same, but having different firmware. I did not fully realize that until I have ordered another bluetooth module from dx.com:

That module comes already on a carrier, so I assumed I can use the same driver as for my other module. I was wrong :-(.

My earlier module which I received from another source (without an adapter, see this post) has a different firmware on it, known as HC-05, while my DX.com module has a HC-06 firmware. To be clear: the modules are the same, but the software/firmware on it is different, and the firmware uses the pins differently too 🙁

Check out this post which explains how to re-program the firmware of the device with firmware programming adapter:http://byron76.blogspot.ch/2011/09/hc05-firmware.html 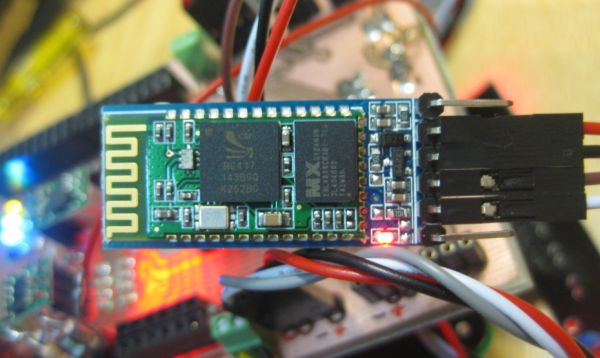 The HC-05 has the ‘full’ firmware on it: many AT commands, and can be both master and slave module. The HC-06 firmware on the other hand only can be a slave device, with very limited AT commands.

Or in other words:

No longer will you have to pay hundreds of dollars for a heart rate monitor! The Smart Heart Monitor will...