This simple instructable will show you how to make a nightlight out of a translucent container, a bottle of tonic water, an Arduino, and ultraviolet LEDs. 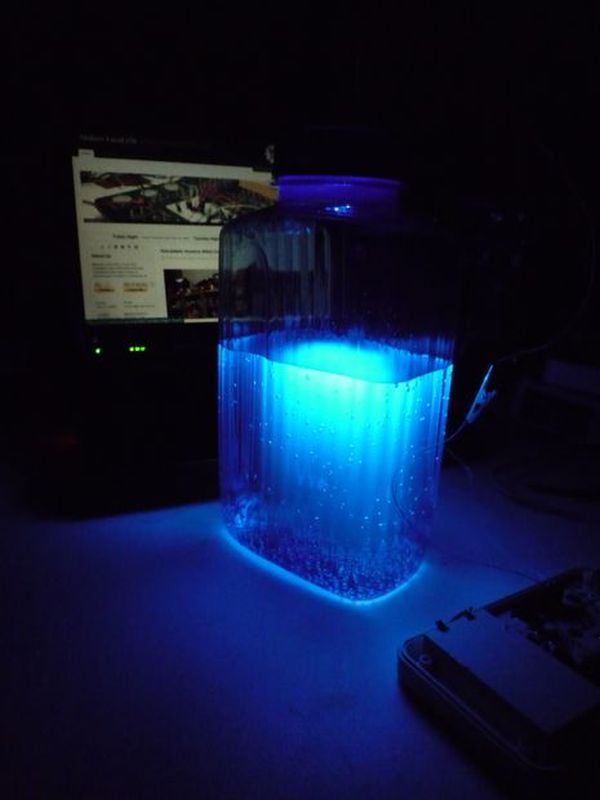 If you’ve ever played with a black light, you’ve noticed that some substances glow brightly under these lights. In this case, we’ll be using tonic water because it contains small amounts of quinine which glows a bright blue under ultraviolet.

Internet research shows that Quinine glows best under ultraviolet light at the wavelength of 350 nanometers (nm).
As far as I can tell, LEDs are not available at that wavelength, but quinine will still glow from nearby wavelengths. An ebay search turned up 355nm LEDs for $65 each (too expensive!) and 365nm LEDs for about $2 each, including shipping. The most time consuming part of this project for me was waiting the many weeks for ten 365nm LEDs to arrive from China. If you want to do this project, I suggest you go ahead and order a batch of these now.

Step 1: Punch holes in the lid of the container 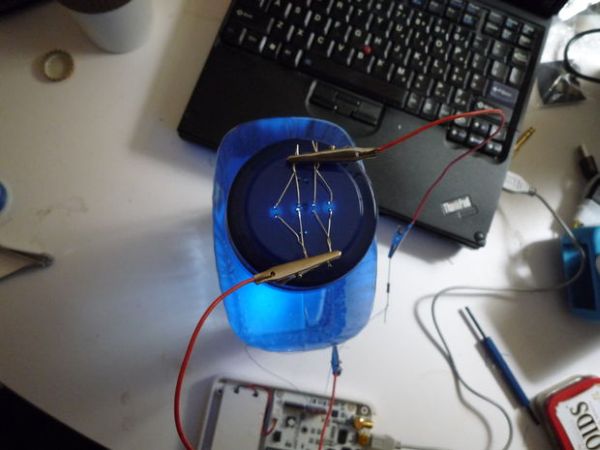 Make sure to insert all of the LEDs inside the lid, with their negative legs facing in the same direction.
LEDs have a polarity, electricity can only flow through them in one direction. Wiring this together is much simpler when you can use a single alligator clip on either side to test your nightlight.

You can see here that I’ve used single alligator clips on each side to power these LEDs.
I’m also using a 100ohm resistor to limit the current flowing between the five volt pin of my Arduino and the positive legs of these LEDs.
The other alligator clip leads back to one of the ground pins on my Arduino ( GND ).

Low-current, momentary action pushbutton switches, such as PCB-mount 'tactile' types, are cheap, and available in an abundance of different styles....