Military and aerospace, where rugged operation and reliable performance in a confined, hostile environment are paramount, have long been the most dominant markets for thermoelectric energy harvesting. Typically, thermoelectric devices exploit heat from engines and motors and use it to power sensors and wireless sensor networks for condition monitoring applications. Recent innovations are generating growth in this sector, as well as in allied sectors.
This article will review some of the major avionics and aerospace applications that use thermoelectric devices. For example, commercial and military aircraft incorporate sensors and sensor networks powered by thermoelectric generators to monitor the aircraft skin for damage that can cause stresses and structural weakness. In the aerospace sector, the Mars Rover, Curiosity, Galileo satellites, New Horizons space probes, and Cassini spacecraft are all TEG users. 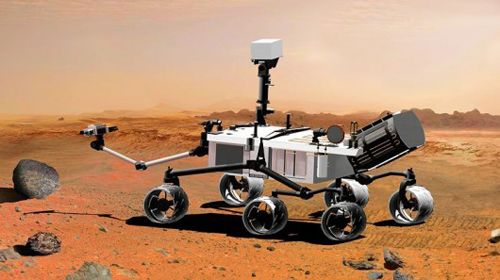 Typical devices that will be considered include the CP range of TEGs from CUI, and the eTEC modules from Laird Technologies. Further consideration will be given to the management of energy generated by TEGs, with reference to the LTC3108 DC/DC converter from Linear Technology.
Heat differential
The principle phenomenon that underpins thermoelectric generators (TEGs) is the generation of electrical energy by exploiting the temperature difference as heat flows between two materials. This is known as the Seebeck effect. The larger the differential, the more energy can be generated.

Using the reverse phenomenon, called the Peltier effect, thermoelectric coolers (TECs) produce a temperature differential by applying a voltage (see Figure 1). The polarity of the output voltage is dependent on the polarity of the temperature differential across the TEC. Reverse the hot and cold sides of the TEG and the output voltage changes polarity. A useful Application Note from Linear Technology explains these principles clearly.¹
In fact, TEGs or TECs can be used for heating or cooling applications, as well as for energy generation. There is no functional difference between modules used for either application, but rather their mode of usage differs, and sometimes their construction with respect to their electrical circuits.

Increasing market interest
Despite the recognition of the huge potential of thermoelectrics to reuse waste heat, harvesting energy using TECs and/or TEGs has seen limited application to date. Yet, the technique has been the object of extensive research, and it is only recently that developments have stimulated an increased interest.
The stimulus for research into TEGs can at least partly be attributed to the pervasiveness of wireless sensor networks and the need for autonomous operation. This is especially true in applications such as condition monitoring in industrial environments, smart metering, environmental monitoring in remote locations, structural monitoring, and in the transport sector in vehicles, aircraft, and spacecraft.

Recently, I decided I would like to attempt to make a passcode lock with my newly acquired Arduino Uno, but...