I recently bought an Arduino Diecimila board. It’s awesome and the applications, you can use it for or with is almost unlimited. However there’s a problem when you want to use it in portable applications. You can use the Liquidware lithium backpack, which is a good way to power the Arduino. There’s a problem with the backpack though, cause when the battery dies, you’ll have to find an USB port or another external power source to charge it. You can’t just replace the battery. You can also choose to power your arduino with a 9V battery and the built-in regulator of the Arduino board. The problem with this setup is that 9V batteries doesn’t have a very high capacity, so they’ll die faster. 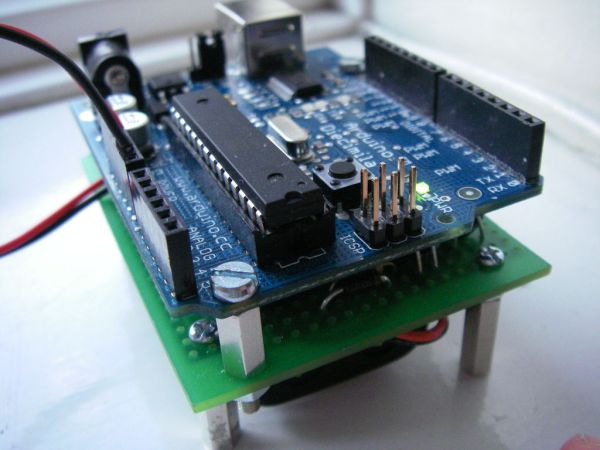 That’s why, I came up with the AA Undershield. It uses 2 AA batteries and boosts the voltage up to 5V, using a MAX756 IC to power the Arduino.

You may ask why I’m not simply using 3 or 4 AA batteries to power the Arduino. The reason why, I’m not using batteries to drive my Arduino directly, is that they’re not regulated. Right after, you’ve recharged your battery, it may supply 1.4V, even though it’s rated for 1.2V, so there’s a risk of supplying your Arduino with too high or too low voltage.

Here is a video of the Arduino Diecimila and the Adafruit Waveshield attached to the AA Undershield. I’ve uploaded an example code, that changes the playback speed, when you turn a potentiometer. Other analog sensors will also work.

I apologize for the poor sound quality in this video. The mic in my camera is really bad.

The AA Undershield can also be used with many other 5V devices.

Step 1: Get the parts

Here is a list of the parts, you’ll need to make an AA Undershield. 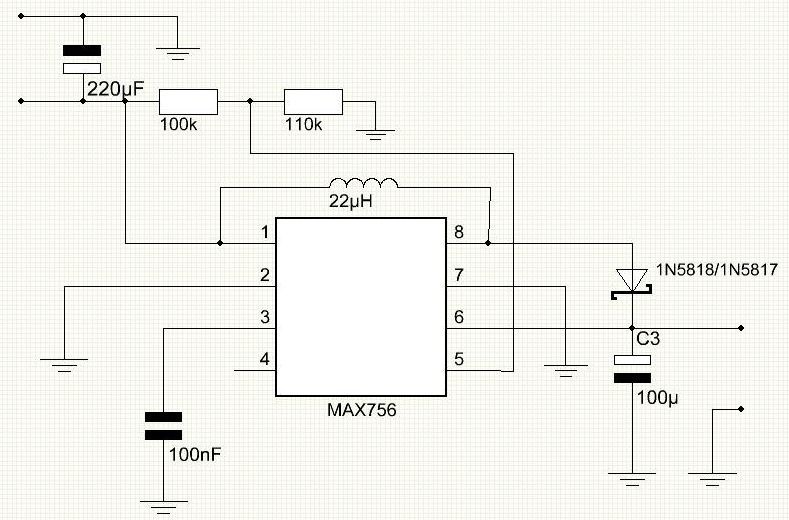 Step 2: Drill the holes in the PCB

In this step, I’ll show you where to drill the holes in your PCB. Start by placing your Arduino board on top of your prototyping board. When you buy a new Arduino board, it comes with two mounting holes. mark those holes on your prototyping PCB using a pen or permanent marker. then drill the holes. I used M3 screws (M3 means that they’re 3mm in diameter), so I used a 3mm drill.

If you choose to mount the battery holder underneath the shield, you should drill 4 holes in each corner of your PCB for the spacers.

An Arduino or Freeduino board