Over the last couple of years we’ve seen a number high-tech cards that aim to slim down your wallet, all offering pretty similar functionality. The Swyp Card is the latest to make a bid for your hard-earned cash, promising to condense your wallet into a single metal card that stores info from debit, credit, loyalty and gift cards.

Swyp holds onto the classic card form factor and allows users to switch between stored cards using physical scroll buttons, with a built-in display showing information for the chosen payment method. New cards are registered by swiping them through a card reader that plugs into the headphone port on a user’s smartphone running a companion iOS/Android app. 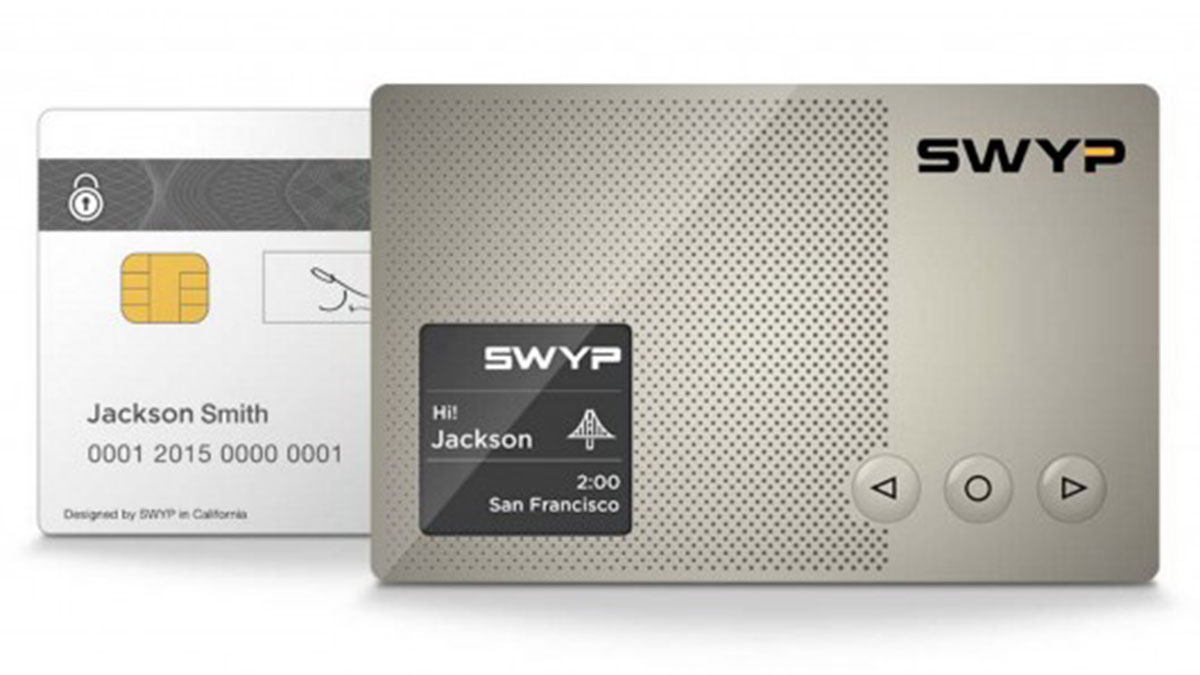 It’ll work with any magnetic strip-based card, including debit, credit, gift and loyalty cards. Swyp’s built-in battery is rechargeable (there’s a charger in the box) and will reportedly run for around two years before needing a top up.

According to the company, Swyp is actually more secure than conventional plastic, as it locks when it moves out of range of a Bluetooth-paired smartphone. If you leave your phone at home or it runs out of charge, you’ll still be able to make payments by inputting a security pin on the Swyp card itself.

Though scrolling through card information stored in one place is certainly less of an inconvenience than searching through a packed wallet, Swyp aims to make things easier still by predicting which payment method you’ll need for the next transaction. Users can also take snaps of paper receipts using their smartphone, storing them via the companion app to help keep track of expenses.

The card is Chip and PIN ready, though the functionality won’t be available until it’s enabled via a future firmware update. The company plans to enable the feature once US credit card networks make a definitive transition to the EMV standard. There are also plans to add NFC support with future hardware revisions, but the tech isn’t included in the version that’s up for pre-order now.

For More Details: Swyp aims to replace all your plastic cards with one that’s electronic