For a Nottingham Hackspace project, I was asked if I could measure the RPM of a motor. “Sure!”, I said.

What was really needed was quickly bodging together a beam-break circuit and connecting it to an oscilloscope. This would have taken a couple of hours at the most. But like a proper software engineer, I decided to make the “generic” solution to the problem, which took ages.

There are actually two ways to measure RPM electronically

I went with the second option – building a stroboscope. 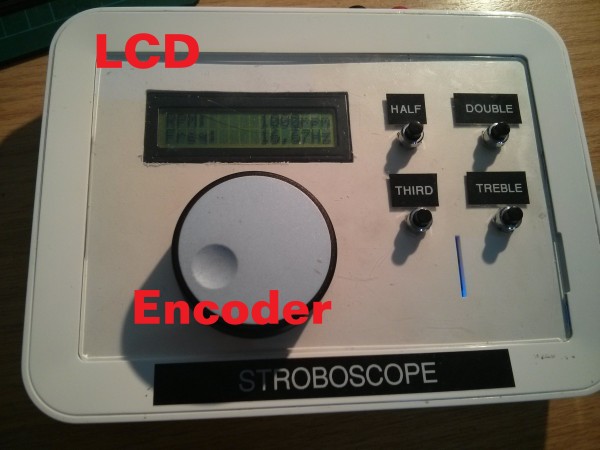 At its heart, a stroboscope is just a rectangular wave generator hooked up to a light source. I wanted a few extra features to make it nice to use:

The system was prototyped on an Arduino Uno, and then a Nano was used for the actual board. The basic hardware diagram looks like this: