Light contains energy. When light hits a conductor (or semiconductor) some of the energy is translated into moving electrons, creating current. We can harness the current using solar cells (aka photovoltaic cells). When the sun shines on a solar cell, the current output is mostly constant, which is known as direct current, DC. DC is easy to use and great for charging batteries and powering microcontrollers, but using DC from solar cells can be tricky. 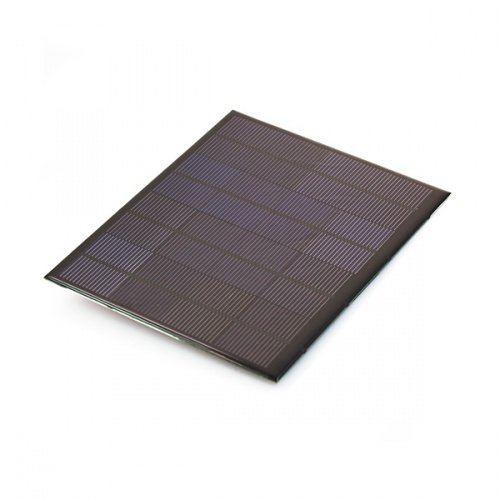 Solar panels come in many varieties. When shopping for solar panels for your system, there are a few specifications you need to follow. The specs below will refer to the Solar Cell Huge, shown above.

The sweet spot for operation is called the maximum power point (top of blue curve) and is around 8V @ 650mA for this specific panel. Sophisticated solar power systems use MPPT controllers to monitor and balance the system to maintain the max power point. To check if your system is at this point, simply measure the voltage on the solar cell with your load attached to see if you are close to 8V. It isn’t too big of a deal if you are not exactly at the maximum power point, the panel will still work, but you will be losing efficiency. Notice, in our testing, we saw 550mA short circuit (Isc), which is outside of the maximum power point. 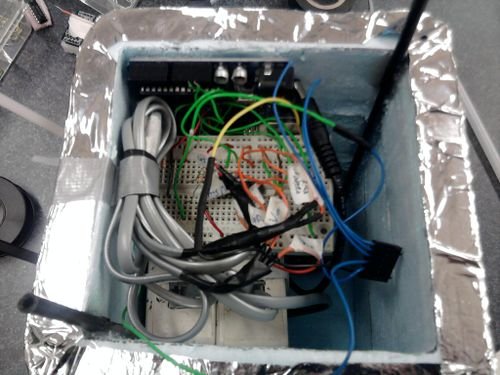 If you wanted to use this solar panel to power your RedBoard, make sure the voltage regulator can handle at most 10V on the input (which it does). It is almost this simple. Realistically, the solar panel will not be in direct sunlight most of the time and the panel could provide as little as 100mA or less on shady days. The RedBoard running the blink sketch (blinking the on board LED) draws a peak current of 60mA. This setup will not allow much room for additional hardware, due to the inconsistent and limited power draw from the panel.