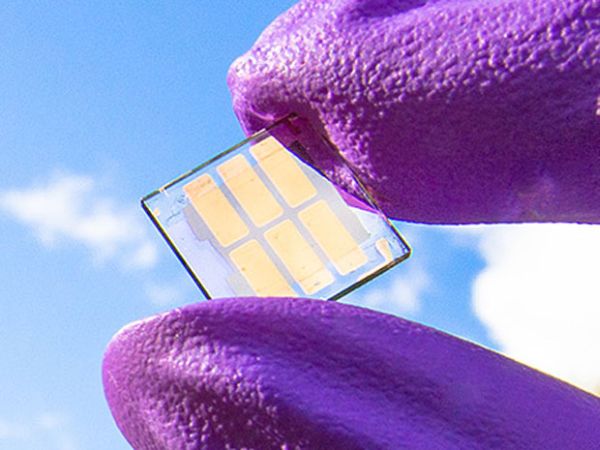 Now researchers at the Massachusetts Institute of Technology (MIT) have raised the bar for quantum dot-based solar cells by producing one that changes light to electricity with 9-percent conversion efficiency. Furthermore, says the MIT team, it can be produced using an inexpensive production method that promises to keep manufacturing costs down.

The researchers, who published their findings in the journal Nature Materials, hit upon a way to produce quantum dot solar cells through a solution processing technique that doesn’t require high temperatures or a vacuum atmosphere to achieve stability for the solar cells when they are exposed to air. By using ligand treatments, which involve molecules or ions that bind to a central metal, the researchers were able to align the bands of the quantum dot layers, improving the performance of the films.

“Every part of the cell, except the electrodes for now, can be deposited at room temperature, in air, out of solution. It’s really unprecedented,” said graduate student Chia-Hao Chuang in a press release.

The processing technique for the quantum dot layers allows for the dots to do what they do well individually and also to work together in the transport of electrical charge to the edges of the film where it can then be collected to provide an electrical current.

An ambient, full colored, Arduino based Wall Light. The case is based on a cheap IKEA ceiling lamp. The color...