You give your pets everything: Food, water, a home, toys, and love. Why not give them a twitter account?

This project allows you to monitor your pets’ eating habits and receive alerts when their supplies are low. It’s also a cute, fun way to learn how to interact with the Arduino, Twitter, sensors, and Ethernet.

Here is the part list I used to make it work. Depending on your individual needs, you may substitute the scale, amplifier, or water sensor. 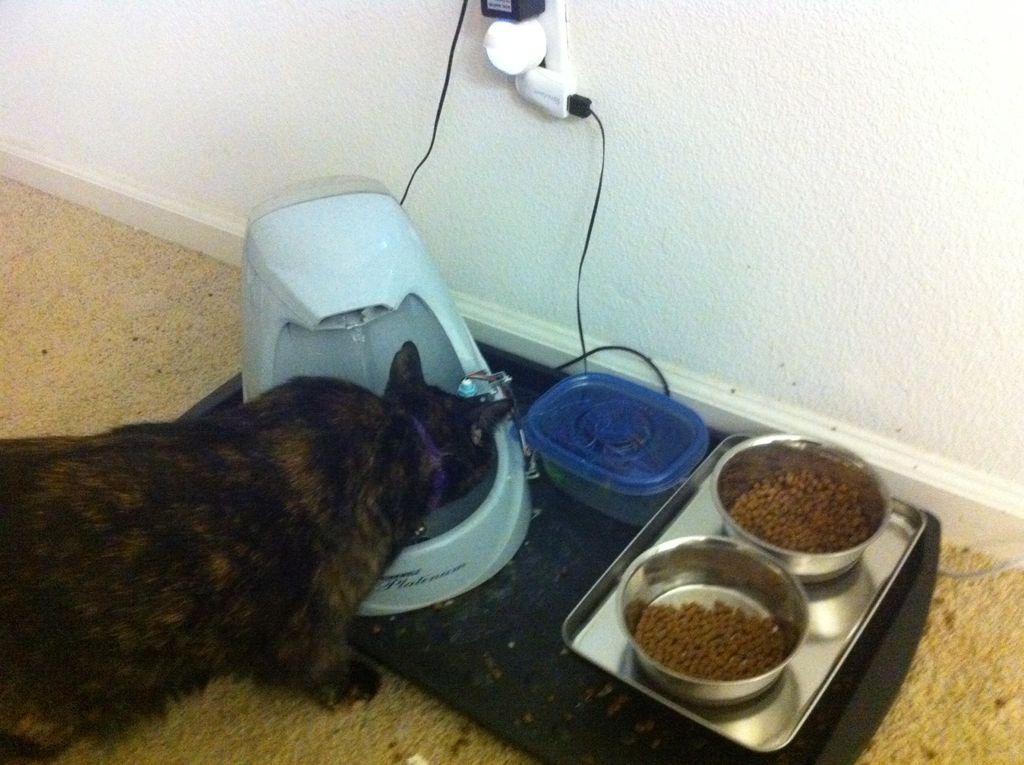 There are alternatives to using the Ethernet shield posted by other entries to the Make it Tweet challenge. Check those out and see which method you like more. If you like their projects, vote for them!

Step 2: Science break: What is a strain gauge and amplifier?

The strain gauge is a metal bar with a series of four resistors on it making a wheatstone bridge. As the bar flexes (and it flexes VERY little) the resistance over the bridge changes a tiny amount. An electronic device can detect that change and, after some math, return the amount of weight on the bar.

In my code, it’s obvious that I “cheated” at much of the math. Instead of trying to detect the actual number of grams present in the bowl, I simply captured the analog data from the amplifier and watched how it changed between an empty bowl and increments of weight up to a full bowl. At these levels, the readings reported a linear result from 587 to 599. While this is very low resolution, it’s enough to report a relative percentage from “empty” to “full” using the map() function in the Arduino IDE.

In this project, I used a metal tray “lid” from an IKEA storage bin and screwed it to the plastic base after removing the glass. This holds the bowls.

This particular water level sensor was a perfect choice. It has three wires that connect to each other based on where the float ball is. This provides exactly three states: white+black, white+red, and red+black. In this kit, I only used the “bottom” state and (with a resistor) used the same code as the “example Button” sketch in the Arduino IDE. If the ball falls down to the bottom point, two wires are connected (like a button) and it reports the change to the Arduino.

I used pieces of an Erector set and a zip-tie to hook the sensor to the bowl.

There are four main components to this project:

Instead of providing a big schematic that takes a while to read, I’ll just give a simple device-by-device wiring.
The Amplifier and Water Sensor both have datasheets explaining each pin. See Step 1 for those links. 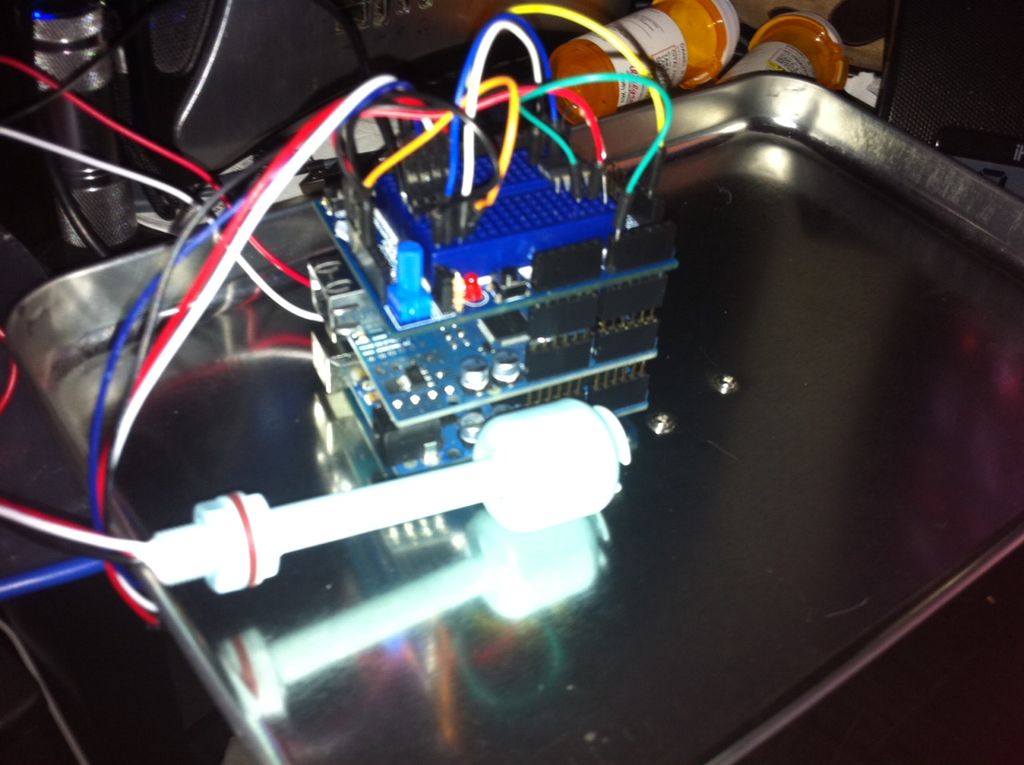 A neat character named Neocat made the Arduino Twitter Library. Instead of storing your user ID and password in Arduino code, it issues a token to use the Twitter API. This token can be revoked at any time which is good if you accidentally post your whole code WITH the token to somewhere. Yes. I did that. Oops.

The difficulty I found is that it only accepts char[] arrays as tweets, so a character array must be declared then populated. Since my code generates Strings, I had to convert the String to a character array before passing it off to my Twitter function.

Here’s what I added to the example code to make it a function. The Serial.print lines are there just to help with debugging. I also initialized the variable at the top of the sketch with char msg[125]; // make a nice fat buffer (125 characters) for tweets