Skip to content
So you just finished your DIY CNC machine, set up GRBL and even cut your first part.  Now what?  Well, did you know that as of GRBL v0.8 there are pinouts some really useful commands such as Cycle Start, Feed Hold and a Soft Reset?  Cycle Start and Feed Hold allow you to literally pause your machine so you can double check that your tool isn’t about to hit a clamp, or maybe you just need to run inside to grab some more pizza.  Once you get back, just hit the Cycle Start button and BAM! your machine goes on its merry way as if nothing had ever happened….

Although these commands are accessible via the terminal, I decided that I really wanted to have a nice pendant with easy to use buttons – and maybe a few extra buttons for future development!  So grab your soldering iron and lets get to work!

There are a few components that we need to complete this project, I set up a handy-dandy wishlist over at Sparkfun with *most* of the parts, the rest you will have to source yourself. 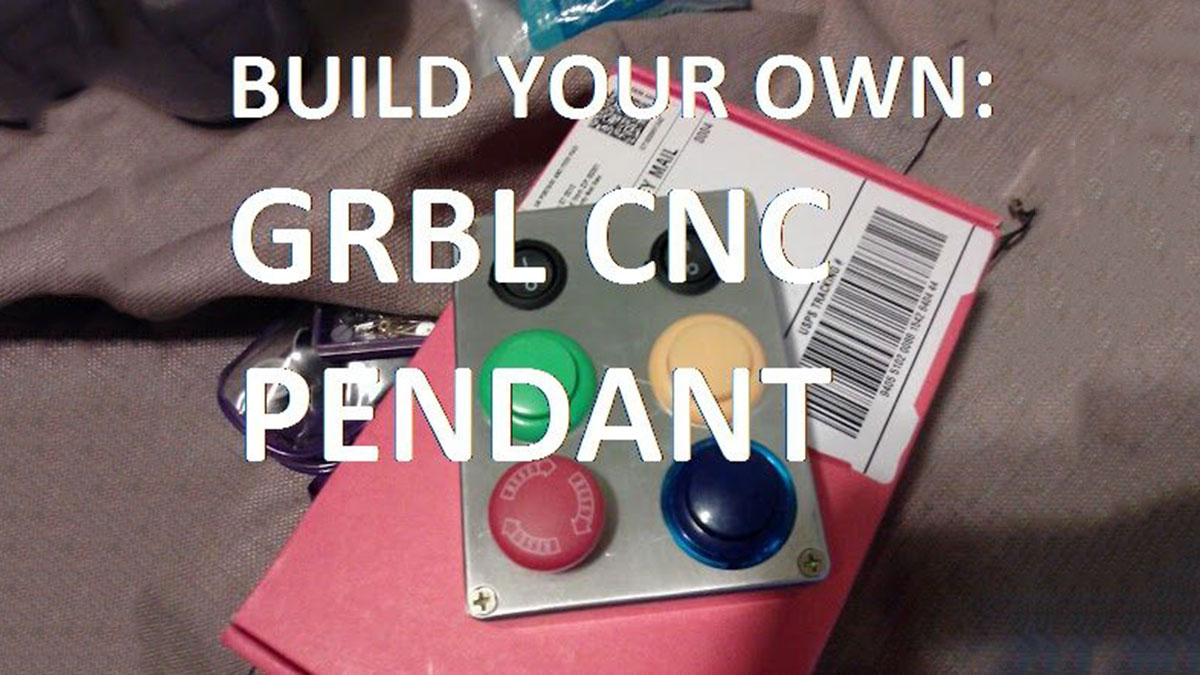 Here is a link to my Sparkfun wishlist:
https://www.sparkfun.com/wish_lists/55422

Before digging into a project, it is good to figure out a plan.  I did a quick little MSpaint sketch to show how I wanted my button layout and my wiring set up.  Basically, my Cycle Start, Feed Hold, Reset, and E-Stop buttons will share the Arduino Ground (-) wire.  The two switches will be on their own circuit since I don’t really know what I want to use them for.  Everything will tie into my terminal block before exiting via the serial connector. There are probably better connectors than a serial connector, but Sparkfun had some cool little plugs and they were cheaper than other options that I found.

If you are interested in the GRBL pinout for other projects, check out this link: https://github.com/grbl/grbl/wiki/Connecting-Grbl

Once I figured out where I wanted everything, I used my step drill to drill some some big holes. 1-1/4″ to be exact, my drill press really struggled, so be careful!  Once the holes were drilled, I tested the fit of the buttons (to make sure they were not too tall) and checked the location of my terminal block.  When I was sure that everything was in a good place, I glued in the terminal block and went to soldering…. 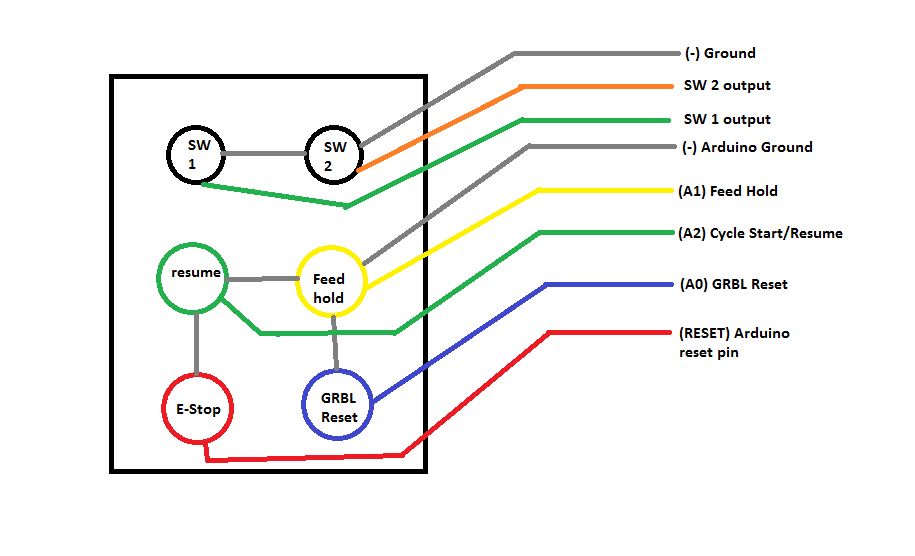 Carefully start soldering the buttons together, be sure to double and triple check your diagram!  Write lots of notes about what wires go to what pins on the serial connector.  If you solder the wrong pin, it can be tough to figure out why your pendant isn’t working.  Once everything is hooked up, carefully close the box.  I had to wiggle stuff around to get it to fit correctly and had a lot of trouble with wires escaping the terminal block.

For more detail: Make Your Own GRBL CNC Pendant