Every apartment needs awesome furniture, so why not make your own? This coffee table contains LED strips that light up into various customizable patterns and colors. The lights are controlled by an Arduino and a hidden button, and the entire thing is battery powered so there are no cords.

If you don’t want to make your own table, you can also use the same code and circuitry to modify an existing table. 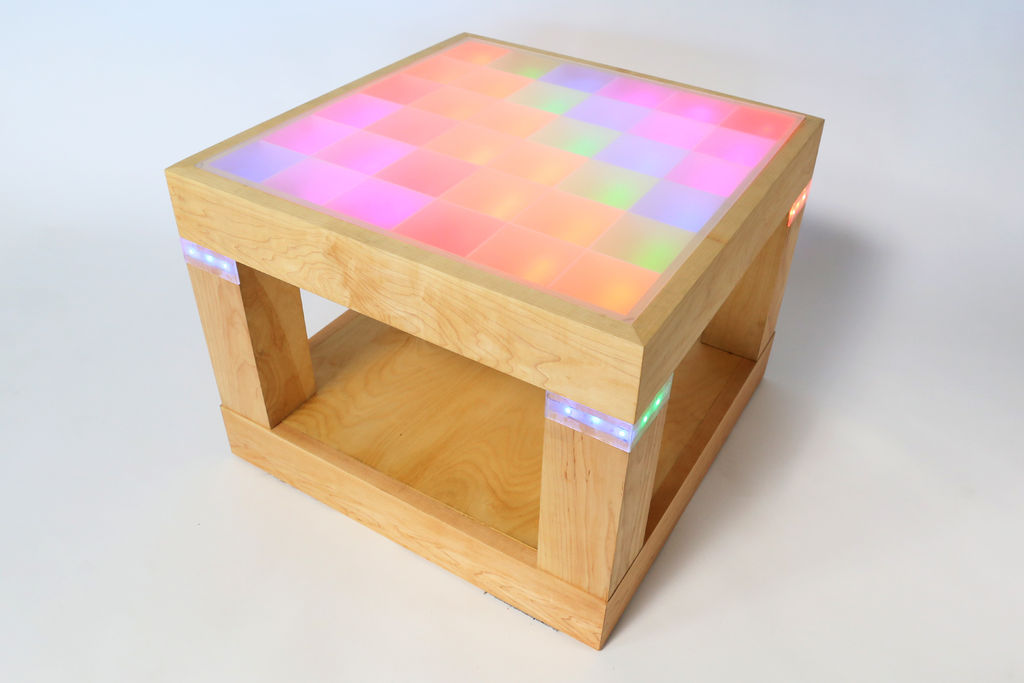 This was my first woodworking project using nice wood and “advanced” tools, so please do not consider me an expert. Rather than describing in detail how I made the table, I’ll give more of a broad overview of what I did*.

The design of the table is an open-framed cube, with space in the top for the electronics and additional LED strips around the legs. The lights are diffused through plastic which is embedded flush with the wood to create a smooth surface.

*Note that I did a few things in ways that were not ideal. In the instructions I will outline a better method for making the table than what I actually did. Generally, the changes involve cutting certain pieces all at the same time to ensure that they are the same length.

EDIT: I added the part files for the table. Note that they are Inventor files, not generic stls. (I don’t have Inventor anymore so I can’t open/convert them).

READ  Control a DC motor with Arduino and L293D chip

Step 2: Make the top and base frames

The top and base of the table are essentially open frames with various grooves cut out for joining and assembly.

For both of them, I started by jointing and planing lengths of maple to the thicknesses specified in the design. Next, I used the table saw to carefully cut out long notches from the edges of the parts. The base frame only has one groove, but the top frame has multiple. Make sure to check that your piece of plastic fits flush after you cut the groove it will sit in (you won’t be able to go back and make it deeper).

You should then miter all eight pieces to length using a jig (this is something that I did not do, so my top and base frames were slightly different sizes). Also cut grooves for adding splines (strips of wood) when you glue the frames together. With the top frame, make sure that you cut the grooves so the splines won’t be visible on the finished top surface (make sure they pass through the inner edge, where the plastic will sit and cover them).

Set all the pieces near their places and glue/clamp the frames together. Take care that the edges of the miters are touching and that the frames are sitting flush with the surface they are on. Once they are dry, trim away any part of the spline that is sticking above the surface of the frame.

I started by cutting all my plywood strips to the same length and width on the table saw. Next, I marked and drilled holes near the edges so that later on I would be able to access the cables from the LEDs in the legs. I then cut the corners to 45 degree angles on the chop saw so the strips would fit neatly together as a frame. I routed a groove along the inside edge so the electronics tray would be able to sit flush with the frame’s surface. Finally, I attached the strips of the inner frame to the bottom of the top frame with wood glue and brads.

Most of the electronics for the table are mounted on a removable plywood tray underneath the top frame.The tray fits flush to the inner frame, with routed edges on all sides. After routing, I cut squares from all four corners of the tray so it could fit around the legs and be removed if I ever needed to access the electronics. Finally, I drilled holes for the power switch and control button.

Some of the LED strips are embedded in the maple, so I had to cut a deep groove using a dado blade on the table saw. I then used a normal blade to cut a space for the embedded plastic. Without moving the blade, I trimmed off a thin strip at the edge of the plywood pieces for where the edges of the plastic would lie. I did the same thing to create the raised step where the legs would attach to the underside of the top frame. Lastly, I cut the mitered long edges of the parts.

One of the shop staff taught me a useful trick for gluing together the legs, which was to hold the parts together using blue tape. Arrange the parts, then tightly connect the edges with strips of tape. Unfold the leg and apply glue to the joints. Refold the leg and seal the last corner before letting it dry. Since the tape holds everything in place, the corners are nicely flush without fighting with clamps.

READ  Clock One - Digital plus Analog Clock An Arduino

Step 6: Finish the base

I cut another plywood square to fit on the top of the base frame and be connected with L-brackets. To install them I measured and marked the holes for the plywood panel, which I drilled half-way through with the drill press (I didn’t want to see the holes when I flipped the base right-side-up). Once the brackets were attached to the plywood, I hand drilled the pilot holes for connecting to the frame and put in the screws. 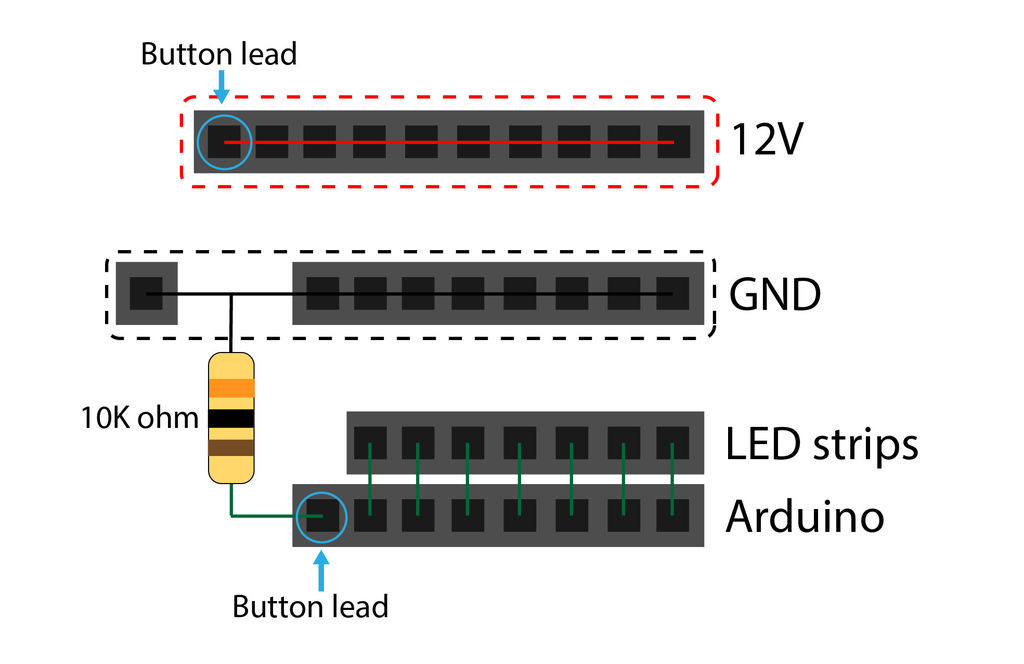 After the major components of the table were completed, I routed the external edges of the parts to keep them from splintering or chipping when I use the finished table.

Step 8: Sand and fill the parts

I sanded the all of the parts with 180 and 220 grit sandpapers and an orbital sander until smooth. I made sure to get as many of the interior edges as possible. After sanding, I filled gaps in the edges with small amounts of filler and sanded them flush again.

Once everything was sanded, I finished the parts with Watco Danish Oil to harden and seal the wood. I found it easiest to use a foam brush for applying the oil and a clean rag for removing it.

I didn’t want to worry about applying the oil around exposed metal parts, so I left the installation of the electronics shelf until after I applied the finish. I used T-brackets to attach it to the underside of the top frame. The holes in the shelf itself only go halfway through the wood to make sure the screws don’t poke out the top.