I’ve made a few devices already that have used 0603 SMD LEDs. 0603 LEDs are beyond tiny and they’re a little trickier to work with when orientation matters. 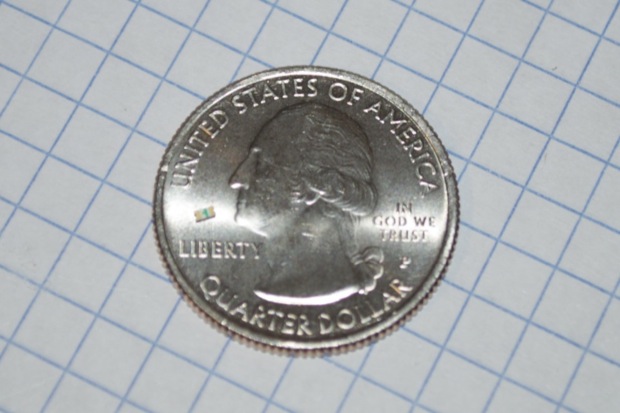 If you look closely at the back of the LED, you’ll notice some markings that indicate which end is the cathode, but in reality it’s really easy to lose track of which end is which.

When I was assembling one of my Button Breakout boards, one of the LEDs didn’t work. I didn’t know if I over-soldered it (unlikely) or if I had somehow flipped it the wrong way when I soldered it (more likely).

It would be so much easier if I had a quick and dirty means of testing the orientation before soldering one.

I decide to put together a small LED Tester board. It’ll be powered by a small coin cell battery. I can pick up an LED with a pair of tweezers and just simply tap it to the solder pads. If it lights up, I know I’m holding it the right way, or not.

As far as a PCB, I want it to be super simple and super cheap. I really don’t want to spend $10 bucks on something so simple. However, I don’t want it to be a one-trick pony either. Ideally, it should work for through-hole LEDs as well, as 1206s and whatever other sizes I can’t think of right now. Do SMD LEDs come in an 0805 package? I’ve never seen one, but it’s probably a good idea to place some large pads on it so that it’ll work for anything.