For Halloween 2012 I created an interactive Magic Mirror. The Magic Mirror has a sonar (PING)))) sensor that detects when kids are are close. Then the mirror says a few random phrases and automatically drops candy to the bucket. I repurposed my Automatic Candy Dispenser from two years ago. The PING))) sensor, fog and red lights are controlled by an Arduino. 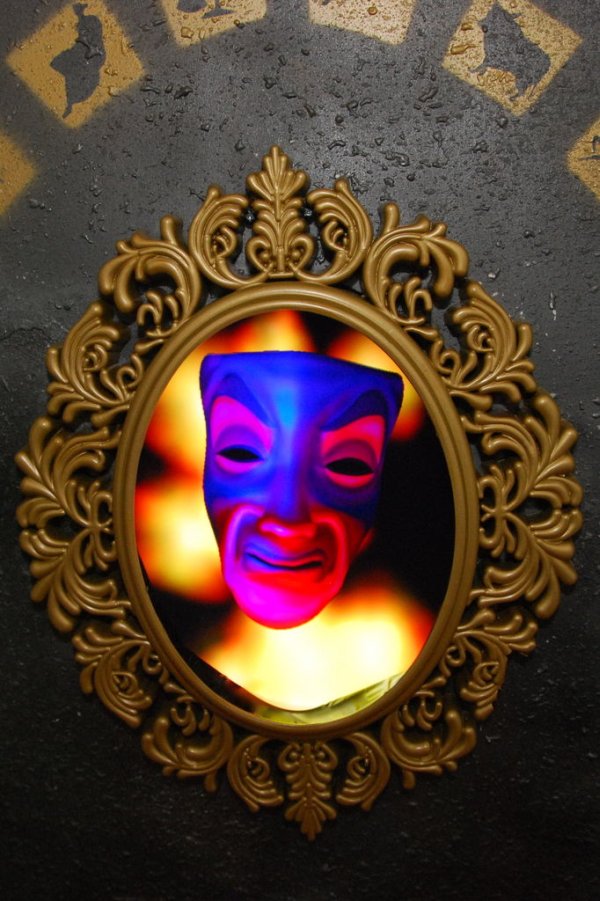 You can text “say [your name]” to a SMS short code and the Magic Mirror will say your name, drop candy,  take a Dropcam snapshot and send it back to your mobile phone (MMS). The SMS/MMS capability was handled by an awesome API from Mogreet, that makes MMS really easy to use. The Magic Mirror can also be controlled by a PHP web application hosted on Apache2 in the Mac Mini.

The Mirror Mirror software is made by the folks at ImaginEERIEing and I bought it two years ago. Last year I used it to do an interactive photobooth (which sadly I did not document!). I highly recommend it. You can get a free version but the $15 version is much nicer and pretty affordable.

Now, before you go dismissing this project as a simple copy of  previous (and great) Instructables like DIY Magic Mirror and others that use the same software. Please consider the interactive features such as the SMS and candy dispenser. And ultimately I hope to provide inspiration for similar and improved mirrors! 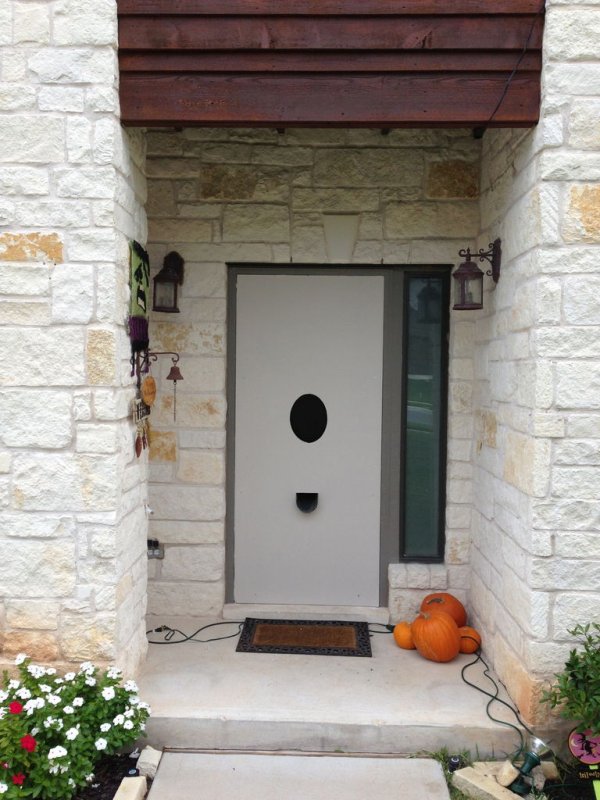 Construction of the wall was “mostly” simple. I used the thinnest sheet rock I could find and made the required openings. I soon learned that the sheet rock by itself was not going to be enough (It actually fell once and cracked). So I build a frame to give it more support. Sheet rock was not my first choice. I actually first build the wall with a very thin wood panel. This option could work but my initial plan did not include blocking the whole door. I was planning to put it on the side corner. When I realized that It was better to use the whole door I had to retire the wood panel.

Once the sheet rock had its frame I used the popcorn finish and spray paints to give it texture. I printed silhouettes of the 12 zodiac signs and meticulously cut each one of them. Then I used cardboard to cut squares to place the cutouts and then sprayed painted with the golden spray paint.

I also spray painted the mirror frame since it used to be green instead of golden.

Overview The Arduino Fio is a microcontroller board based on the ATmega328P (datasheet) runs at 3.3V and 8 MHz. It...