PORTLAND, Ore. — In its rush to get to market “while the iron is hot,” Vesper Technologies Inc. (Boston) has announced what it still claims is the industry’s highest signal-to-ratio (SNR) for a high-definition (HD) microelectromechanical system (MEMS) microphone, even though it is scaled back to 68dB rather than the astounding 70dB SNR MEMS mic they previously promised. 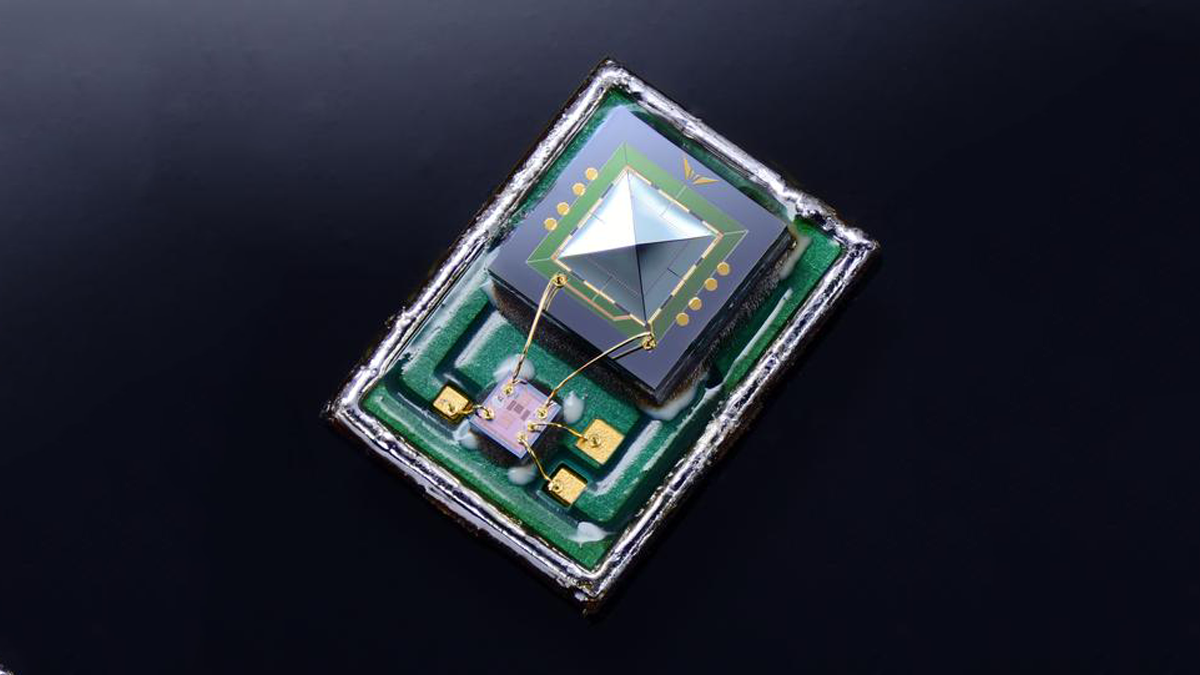 The key to Vesper’s high SNR is its use of the piezoelectric aluminum-nitride wurtzite crystals in its unique four-triangle diaphragm forming a square (see photo) with the sound squeezing through the gaps between the triangles, causing them to vibrate thus creating a piezoelectric current. According to Vesper, the sensitivity of its piezoelectric material doubles the distance that sounds can be heard, does dramatic noise cancellation that improves the clarity of phone conversations and minimizes the errors made during voice-commands. And when used in multi-mic set-ups, its high-SNR mics can more easily form beams directly to the person speaking — what retailers call “audio zoom” — to further increase the accuracy of voice-enabled applications, according to Vesper.

Crowley reiterated that Vesper was sticking to its business plan of supplying MEMS wafers full of tiny 0.5-by-0.5-by-0.25 microphones to top tier original equipment manufacturers (OEMs) to which they add a single-ended analog application specific integrated circuit (ASIC) and can package in a standard 3.35-by-2.5-by-1 millimeter package (making them a drop-in replacement for capacitive MEMS microphones).