I will show you how to build a bike speedometer. It shows your speed,
the average speed,the temperature, the trip time and the total distance. You can change it using the button. Additionally, the speed is shown on a tachometer. I built it because I like building new things, I have not found anything like this on the internet so I want to show you how to build a good speedometer as the one on my bike is not as cool as I want 🙂 . So let’s get started.

This is a list of parts that you will need. They cost me about $ 40 but I bought them in Poland. 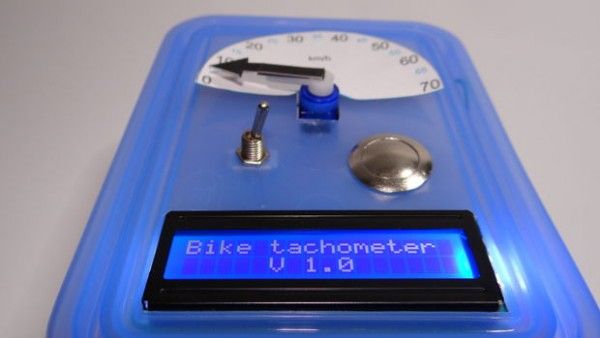 data and power is connected via a 4.7 kΩresistor

The other end of the resistor to ground in the Arduino

Below I added the code in comments there is an explanation.

If you have a different wheel diameter you have to change it. You can calculate it with this formula:

Cap'n ArrDrownHo! is the lovechild of Ardweeny and Boarduino and he's here to commandeer your AVR ships. ArrDrownHo! inherits pros of both and cons...