The purpose of this instructable is to outline our development of this bat in the cave as well as provide instructions and tips for future engineers hoping to complete a similar project or use components of our project in theirs. The goal of this project was to create an diarama that could educate people. The main functionality of the bat in the cave is for bat to react to a light source in the cave by stretching the wings and lighting up its eyes. Some goals we had in conjunction to the movement of the bat was to make the cave from paper mache and paint it with some of the decoration for the cave to be looking realistic. This tutorial will start with a little background information, then show the development of the basic pieces, and finish by showing the final product. 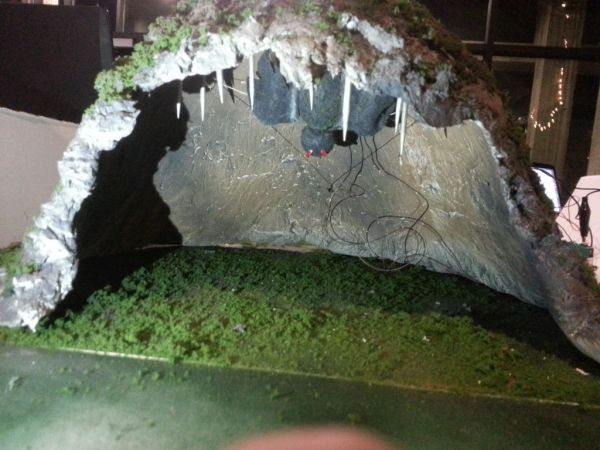 First, draw two circles perpendicular to each other. Then use the follow-up feature in the Google Sketchup. After making the sphere select the whole sphere and use outer shell on the tools bar. Your sphere is now hollow. Then make a copy of the sphere, scale it twice as large, and you are left with the body of the bat. Now, download the Google Sketchup plugin called skp_to_dxf.rb from
http://www.guitar-list.com/download-software/convert-sketchup-skp-files-dxf-or-stl
and move the file to the plugins folder to the same location as your Google Sketchup file.

We used acordian gate mechanic for the wings.
We modeled 2 inch long plastic sticks with holes on each end and middle, then laser cutted the model.

We used small screws to connect each sticks then duck taped the other side so each plastic sticks were stablized.
Then we cut one of the plastic stick to half, jointing the wings into the body of the bat.

Use rubber band to give tension to pull the wings toward the body back.

Once paper mache is completely dry, spray paint the cave to grey, then spray paint the ground green.
Attach fake turf on top of the cave and ground. Add any other foliage you want to be in the diarama.

Screw in the hooks on inside-top of the cave. One on the center, one on the left top, one on the right top.
We will use these to pull the wings with fishing line by running them through the hooks and connecting them to the wings.

Drill small holes on inside-top of the cave, then glue painted sharp wooden sticks into the holes. Make sure that the icicles would not bother the movement of the bat’s wings. 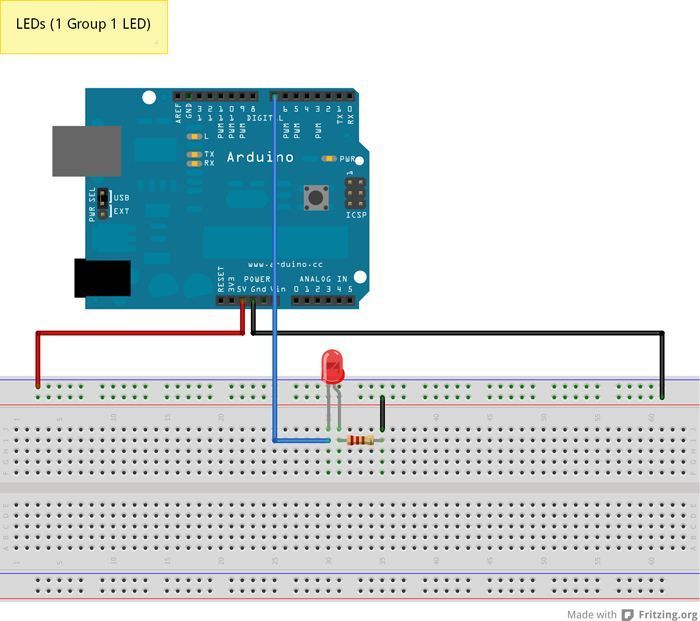 Attach fabric to each wing mechanism. We used a staple and connected it through the fabric and the hole of the end of plastic wing, and secured the fabric to the body of the bat using glue.

Step 9: Step 8: Connecting wires with LED into head of the bat

Since the holes on the head of the bat are very small, try pushing whole wire through the holes then through the bottom of the head, then strip the wire and attach the LED lights to the head by placing them in the eyes. Connect the eyes in series to complete the circuit with the breadboard.

Use the motor as a spool. It spins freely backwards, so when you pull the strings for the wings they will retract automatically. This system works well because there can be slack in the line upon the first start, which the motor will pull taught and then start running the wings.

int photocellReading3; // An integer to store the reading from the light sensor
boolean ledStatus = false; // A boolean to help debug whether the LEDs should be on or off
int counter = 0; // A counter to help control when the motor should be on or off

For more detail: Diorama, Bat in the cave using Arduino