It seems that you can’t visit to a microcontroller website without seeing a digital thermometer/hygrometer build of some kind. After all, it is pretty easy to build and at the same time quite useful as well. In this post, I will show you yet another thermometer/hygrometer build. But instead of using an LCD or 7 segment display for the output, I decided to go retro, using two “needles” to display the temperature and humidity readings instead.

And to make the project more fun, I did not use analog meters for the output but chose to use two servos instead. The temperature humidity sensor I used is SHT21 from Sensirion, the same sensor I used in my temperature logging project before. In that project, the temperature and humidity readings were sent over the network and displayed on my web server (you can see the current readings in my lab here) 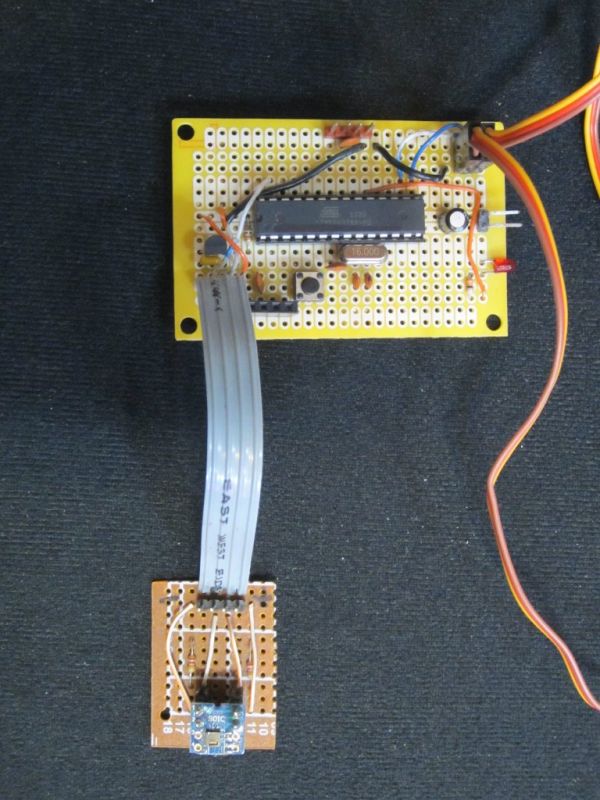 The pictures below show how everything was put together. The circuit itself is as simple as it gets. SHT21 is mounted on a breakout board and connected to the ATMega328p board via ribbon cable. The sensor is placed at some distance away from the MCU board so that the measurement is not affected by the heat dissipated by the MCU and it’s surrounding circuitry.

For more detail: A Digital Thermometer Hygrometer With Analog Displays

These days, when doing any sort of optical tracking, our mind immediately leaps towards sophisticated solutions. Raspberry Pis, high end...