How Does A Boost Converter Work?
Basic Principal:
A boost converter works in two stages, ON and OFF. In the ON stage the Semi-conductive Switch is conducting and current builds up in the inductor producing an
electromagnetic field, this field stores energy. In the OFF stage the Semi-conductive Switch does not conduct and the electromagnetic field collapses. When the field collapses the energy stored
in it can not escape through the Semi-conductive Switch so it goes through the diode and into the load/Capacitor at a much higher voltage. This happens several
thousand times a second via the pulses from the NE555 Timer Chip and the result is being able to charge a high voltage capacitor from a low voltage source.
Below is some aid for those of you who do not know electronics well. 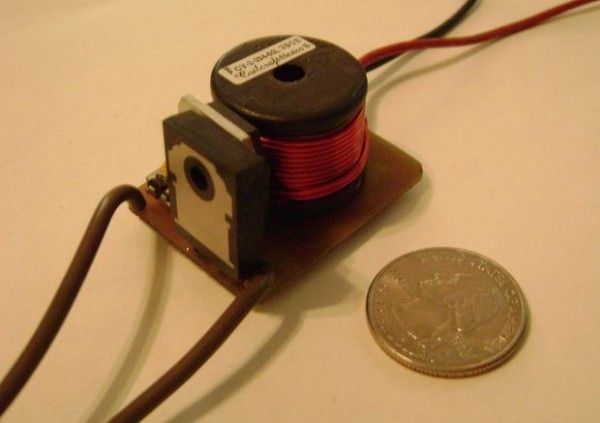 This Boost converter is for those just starting out in electronics, do not have the materials to make a custom printed circuit board, or would like to spend less money on this project.
If you have the resources I strongly suggest the you make the Printed circuit Board Version of this device because it is simpler, smaller, and less likely to fail.

The dryer in our house is in an out-of-the-way corner where it’s hard to hear the buzzer. When we miss...