Skip to content
The watch
The Texas Instruments eZ430 Chronos is a cool gadget. It has bidirectional radio communication, and a whole bunch of sensors: temperature, pressure, acceleration.In fact, it is a development kit for the MSP 430 (a low-power microcontroller), that TI packaged as a watch (pure genius!), and delivered with plenty of tools. Its firmware can be modified to implement new features into the watch.

Even without developing anything on the watch, it is a terrific toy:
– the watch alone is pretty cool –and has the TI logo ;-),
– the default features allow for a wide range of cool experimentations and developments around it.

The RF communication has a quite short range, and quite low consumption. It is not Bluetooth, but SimpliciTI[TM]  or BlueRobin[TM].

Pretty much documentation about the watch (sample code, specifications, schematics) can be found on the Web. Google is your friend.

When the access point is plugged into a PC, a PC application provided by TI can exploit it to communicate with the watch: graph sensors, set the watch time, calibrate sensors, send fitness data. The nice thing is that TI wrote it in a scripting language (venerable Tcl/Tk) to run on multiple OS-es.

It is very easy to write your own PC application, as shown by some examples written in Python. There are numerous such examples that can be found on the web.

Watch to Arduino
What about using an Arduino instead of a PC? You could make completely pocket-sized projects! 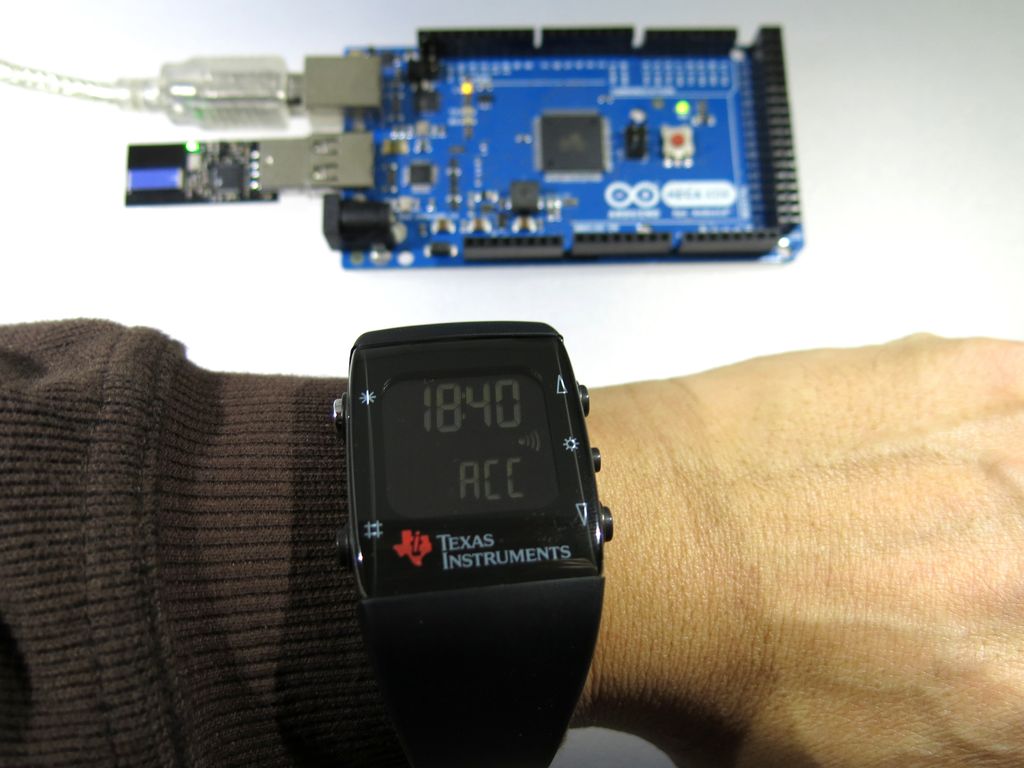 Surprisingly, I could not find any clue about it on the web.

I evaluated several USB host libraries, and finally found the right application source code to get started (ACM on CDC, for modem, by [email protected], http://www.circuitsathome.com; Oleg, thanks for the library, examples, and for the help!).

It finally works, it’s very simple, and that’s what I’m covering with the present post.

Just basic Arduino knowledge is required. However, this post is not an Arduino tutorial.

Enough said, let’s get to the point!

The watch
You can purchase the TI eZ430 Chronos watch from several resellers (e.g. Mouser, Farnell, or Amazon). It will come along with:

(*) but hey, when did you last get a screwdriver with a watch, and a manual explaining how –and encouraging to– open it?

The Arduino
Any more or less standard Arduino will do, and the most important thing is to have USB host capability.

For this, the following configurations are among the possible ones:

Have USB host library, v2.0
Install this library into your Arduino system:
https://github.com/felis/USB_Host_Shield_2.0

Customize the USB host library for your board

This is pretty annoying, especially if you have some of each boards, because you must remember to check/tweak the library after changing of board and before compiling… I wish the #define could reside in the sketch file. 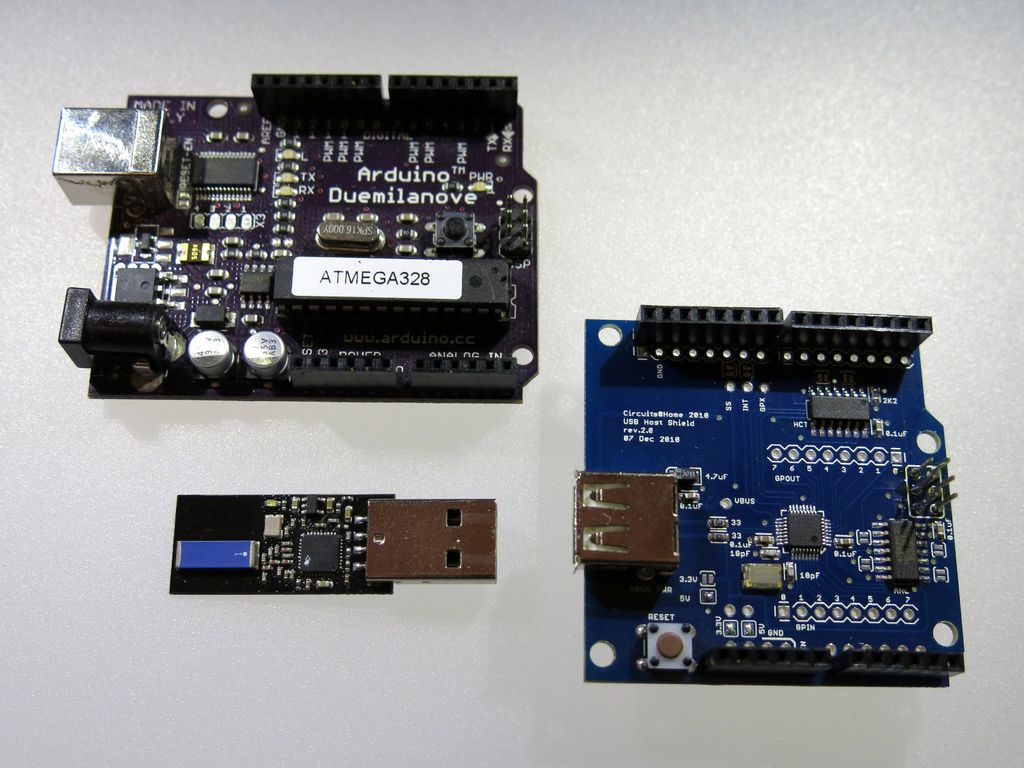 Then, in the loop(), one shall call this to let the USB stack run:
Usb.Task();

We need to send two different frames, one to turn the dongle’s RF on, and one to request data from the watch. Then we will need to receive and decode one frame, containing the watch response (or absence thereof).

This demo application initializes the RF access point in SimpliciTI[TM] mode, then keeps on sending accelerometer queries to the watch, gets the response from the watch, filters out, interprets and displays the result.

For more detail: Control an Arduino With a Wristwatch (TI eZ430 Chronos)