This is a DIY variable resistor I created as an interface for live performance– like a stomp box. I designed it as a project my audio students could build with materials we already have in the classroom. 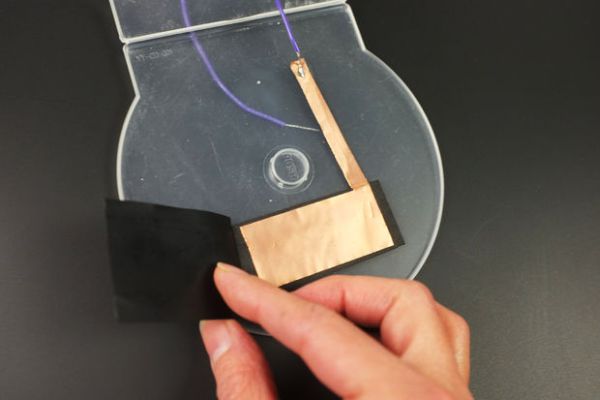 The result is a variable resistor that can be triggered with just a little pressure from hands or feet. Resistance ranges from 0 to about 18k ohms, and it’s very sensitive to slight changes in pressure. (With no pressure, resistance is infinite.) 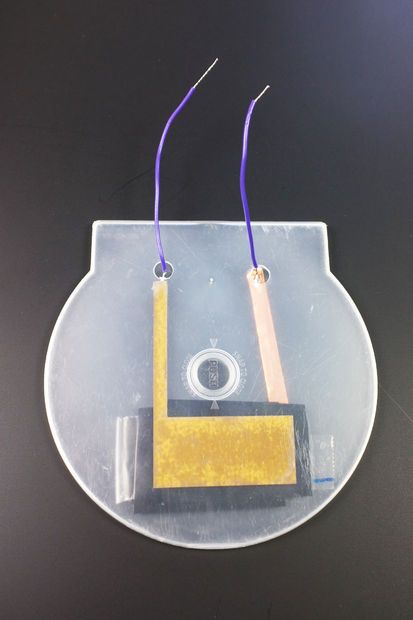 Two holes punched on the same side of the case provide an exit for two wire leads, and prevent the case from crushing the wires.
The wire leads are soldered to two identical flag-shaped pieces of copper foil stuck to the insides of the case (on opposite sides). When the case is closed, the “tails” of foil extend up opposite sides, not touching (very important).

(I didn’t take pictures while modifying the clamshell case so I’m hoping you can follow from the photos of the finished piece. I’ve included a suggested order of steps, later on.)

For more detail:  The Clamshell Stompbox