Why build a light suit? Probably because I’ve watched tron a few too many times (the 1984 version of course). I’d just discovered Arduino and was very excited, I’d made LED’s flash and buzzers sound but now I wanted to make something new and interesting, the idea of a light suit popped into my mind. A quick glance round the internet showed me that many people much more skilled than me had made amazing tron inspired clothing especially with the advent of the new film but then the idea of a motion sensitive light suit hit me couldn’t find any thing like that online and so this project was born. I’ve made a proper instructable as Luziviech asked for it! 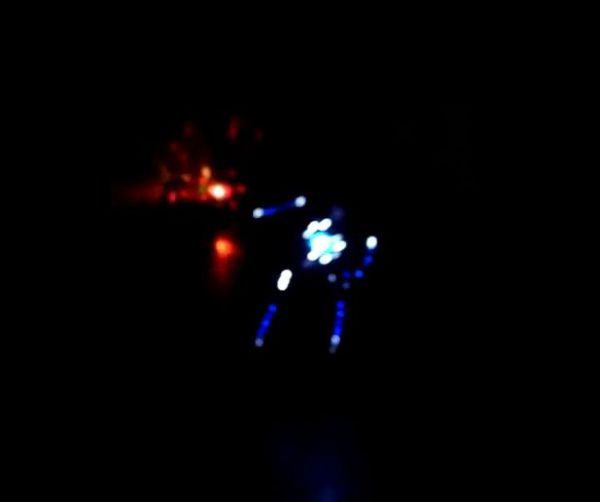 First of all its a suit so I just used black jogging bottoms and a black long sleeved t-shirt as a base.

Battery packs from the torchs 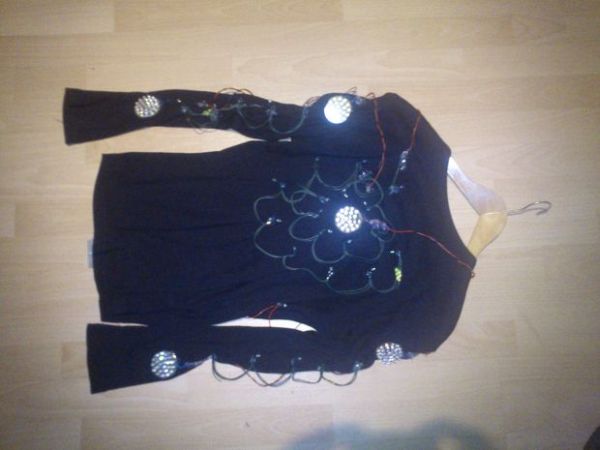 I started by attaching the LEDs on the shirt, the top half has 3 groups: left arm, right arm and chest. Each group three separately controlled sets of lights.

The trousers have a single group with again threes sets of lights one set with 2 super bright panels and some fairy lights and the two sets with only fairy lights.

The panel lights where simply glue gun glued down (I love my glue gun, as you will see!). The fairy lights LEDs had to have their legs bent to make sure they pointed out from the suit, and then they were also glue gunned down. Pity my poor friend Bedford at this point he had to wear the top as I glued LEDs onto the top to make sure they pointed the rights way, glue gun glue is hot and he has the burns to prove it.

The battery’s for the LEDs are in cases which Velcro into the pockets of the trousers to stop them falling out when you move around. The Velcro strips where glue gunned into the pockets and onto the case.